Compared to other nations, US citizens spend a significantly smaller percentage of their income on food. Temptations are abound to buy the less expensive and more convenient products. Sometimes organic food is simply not available in certain places.

Consider an investment in organic food to be your contribution not only to the health of yourself and current/future children, but to the health of the farmers who feed us, global communities, wildlife of the world, and to all species’ children coming next. Consider an investment in organic food as a way of increasing demand to increase supply, in order to reduce the price and make it more accessible for everyone.

The initial reason many people choose organic food is attributed to the lack of pesticide use, as the stamp of “organic” means that farmers do not use pesticides on their crops. Most conventional food carries residue of pesticides, while organic food carries no or trace amounts. Pesticides are used specifically for their ability to kill. Many of them work by attacking the nervous system of insects to kill them before they devastate a crop. Farmers, as well as the children of farmers, have higher rates of certain types of cancers. The impact of pesticides on human bodies, pregnant bodies, and children’s bodies has not been thoroughly studied and the effects have not been publicized. What we do know, apart from their ability to increase rates of cancer, cause reproductive problems, birth defects, and decrease sperm counts, is that pesticides act as a neurotoxin, especially for fetuses and babies. Babies under six months of age do not have a developed blood brain barrier. The blood brain barrier in adults protects harmful toxins from reaching the gray matter in the brain. Additionally, the size of a baby makes the impact of pesticides in their system much more detrimental.

Even the production of pesticides yields harmful bi-products, such as dioxins. Dioxins are some of the most toxic substances to which humans are exposed. They are neurotoxins. They accumulate in fat and increase as they work their way up the food chain. We consume them in our meat, fish, and dairy, whether or not the dairy or meat is organic or the fish is wild-caught, as this industrial bi-product makes its way into our environment and into the bodies of animals and then humans. Birds are especially vulnerable to pesticide use. Biodiversity in air, water, and soil decrease because of pesticides, and natural insects that would normally keep crop-eating pests in check die off. Pests can and do develop a resistance to the pesticides, which demands for yet a higher dose to be used, or another kind to be developed. Pesticide resistance has only increased since the mid-1900s causing the effectiveness of pesticides to decrease. Some countries such as Sweden and Indonesia have reduced their pesticide use significantly and have found either no change in production or an increase in yield.

Many different types of pesticides are used to kill off pests, fungi, and weeds to allow more crops to grow. Advocates for pesticides argue that they bring more money back to the farmer’s pocket and they provide more food to combat world hunger. However, sometimes pesticides actually cause crops to die, resulting in a roughly $1.4 billion cost to the United States annually. Other costs due to damaged public health, contaminated groundwater, dying wildlife, pesticide resistance, and more ring up at just under $10 billion dollars annually to the United States alone. This is shocking, considering that 99% of pesticide-caused human deaths occur in developing countries. 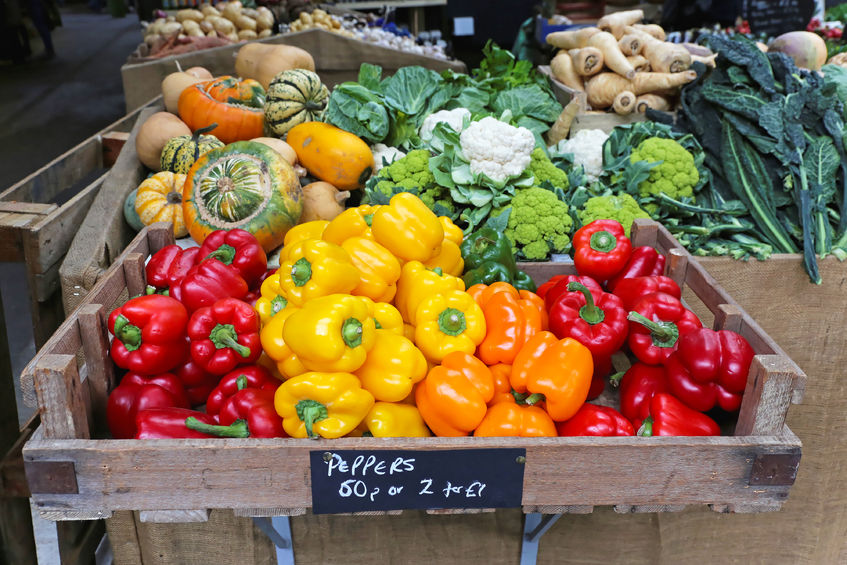 Organic food from local farmers not only strengthens the local economy, but reduces the financial and environmental travel costs, as it has a shorter way to go and requires less gas to be burned. Because a fruit or vegetable begins to decrease in its vitamin content the moment it is harvested, eating local organic food offers consumers products that are higher in nutrients because the time from farm to table has been shortened. The soil of conventional farms, containing pesticides, have a dearth of nutrients, thus creating fruits and vegetables with far fewer nutrients than that of organic produce. A person eating an organic red pepper will consume more vitamins than a person consuming a non-organic red pepper.

Choosing organic food means choosing food that has not been irradiated. Food irradiation entails the use of ionizing radiation to kill organisms such as natural bacteria and insects on food. It is millions of times stronger than a standard medical x-ray. The process removes electrons from the molecules with which it comes into contact. It extends the shelf life of food and can kill harmful organisms, however the technology does not impact only the surface of the produce. The food is not radioactive, but it is radiolytic, meaning the food is left with molecular decomposition. The technology causes chemical changes in the fruit or vegetable that cause particles to collide with one another, creating free radicals. Free radicals are cancer causing! They are the antithesis of antioxidants.

Irradiated food may taste or smell differently from non-irradiated food, however one of the greatest concerns lies in the diminished nutritional content of the product. A consumer may purchase oranges for the oranges’ vitamin C content, however an irradiated orange may contain little to no vitamin C. Vitamin C is an important vitamin for our immune system functioning. It is an antioxidant, and it aids in the absorption of iron. It aids in healing and regenerating the skin and aids in collagen synthesis. Without it we develop signs of scurvy: bleeding gums, joint pain, fatigue, easy bruising, and more. Consumers could be eating an irradiated orange a day and still be vitamin C deficient, among other deficiencies. Some research has demonstrated stunted growth in lab animals that were fed irradiated foods.

Because irradiation allows food to travel further distances and keep from rotting longer, it allows globalization of food and large market food businesses to flourish. This not only increases the negative environmental impact from transporting the food, but decreases the nutritional value of food, once again, because of the long time produce is spent between farm to table. Eating food from a farm far away means consumers are unaware of the sanitation conditions at the farm. Irradiated food perpetuates any unsanitary conditions and relinquishes the farm of accountability because it kills any lingering bacteria, fungi, or insects.

Hormones and antibiotics are widely used in livestock production. Hormones are used for reproductive effects as well as for increasing growth and milk production. Reproductive hormones, used in beef, dairy, and pork production, are used to synchronize menstrual cycles and induce birth. Growth hormones used in beef cattle increase feed intake and thus increase muscle mass and weight. Hormones are used in dairy cattle to increase milk production. Antibiotics are administered to livestock, poultry, and other farmed animals via injection, adding it to feed, and putting it on the skin. It is used therapeutically to treat a specific disease with a higher dose over a short period of time, and it is also used subtherapeutically to prevent infections and allow animals to grow faster, with a lower dose over a long period of time. There are about 25 different antibiotics being used, resulting in around 32.5 million pounds of antibiotics used each year in the US.

The hormones used in beef cattle are both natural and synthetic forms of estrogens, androgens, and progestins. In dairy cattle, the hormone used is recombinant bovine growth hormone (rBGH). These hormones injected may cause natural levels of hormones in cows to spike seven to twenty times their normal levels.

Regularly consuming meats with hormones is linked to higher risks of cancers such as breast and prostate cancer. The hormone rBGH in dairy cattle is believed to increase the insulin-like growth factor (IGF) in cattle, which could mimic the effects of human growth hormone in harmful ways. It has yet to be thoroughly investigated. Hormones excreted in manure and the residue contaminates soil and water. Researchers have linked hormones to changes in gender and reproductive capacity of fish. Early onset of puberty in human boys and girls has been increasing, and this has been attributed to the overall increasing body mass index of adolescents as well as the hormones in their food. With the overuse of antibiotics on poultry and other livestock, antibiotic resistant bacteria, “super bacteria,” becomes a greater and greater threat, as it cannot be controlled by the antibiotics available.  Further steps are taking place with altering the production of animal meat, such as the creation of genetically engineered salmon. 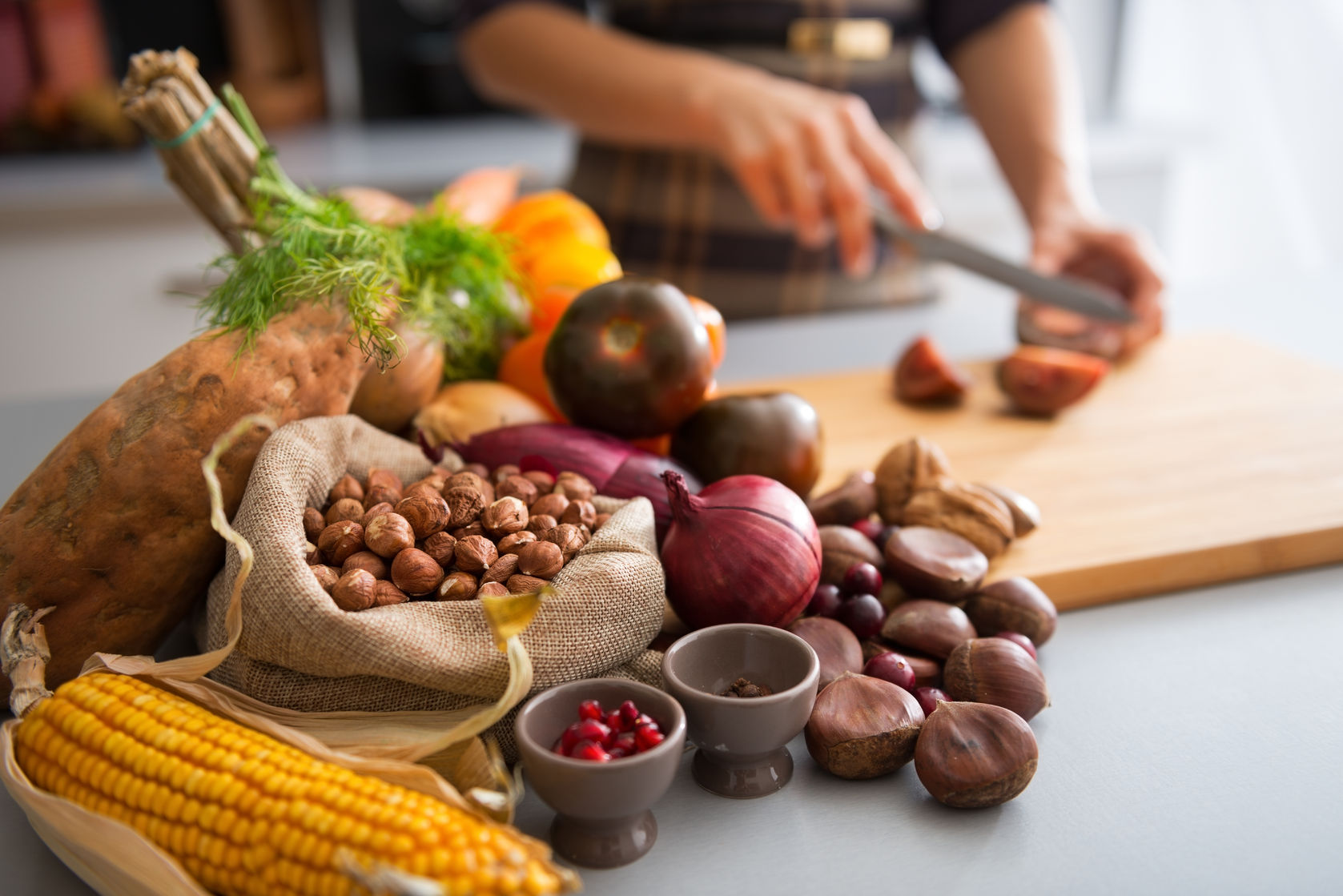 (Talk about genetically modified food? This is already long enough.)

Organic food is worth it! The benefits to consumers, producers, and everyone in between are unquantifiable.  Impacts on growing fetuses and babies are even more dramatic. Going organic may take planning, budgeting, going out of the way. But it is worth it for your overall health, giving you more nutritious foods and more life energy. By investing in your own health and the health of others on this planet, we can make organic food accessible to more and more people. 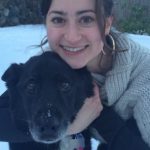 Molly is a woman who vacillates between getting serious about being passionate and being passionate about getting serious, though she doesn’t see the two as mutually exclusive. She considers change to be a welcomed challenge and a new adventure (most of the time at least). Right now, life has brought her to New England where she is studying to become a homebirth midwife, working as a personal chef/health adviser, trying to offer her best self to her partner, taking holistic care of herself, and thoroughly enjoying the many delights of being ALIVE. Molly believes that everyone and everything has something to teach us, whether it be a drop of water, an illiterate child, or the Dalai Lama.

Molly is a woman who vacillates between getting serious about being passionate and being passionate about getting serious, though she doesn't see the two as mutually exclusive. She considers change to be a welcomed challenge and a new adventure (most of the time at least). Right now, life has brought her to New England where she is studying to become a homebirth midwife, working as a personal chef/health adviser, trying to offer her best self to her partner, taking holistic care of herself, and thoroughly enjoying the many delights of being ALIVE. Molly believes that everyone and everything has something to teach us, whether it be a drop of water, an illiterate child, or the Dalai Lama.