Home›LIFEHACKS›When It’s Okay To Turn Down A Promotion

It’s always a big deal to get offered a promotion. It’s a recognition of the hard work you’ve been putting into your job, and you’re being rewarded by being given more responsibility, a higher position, and of course, more money. Any way you look at it, being offered a promotion is a big deal, and if it’s a slam-dunk, you’re going to accept it, right?

Not necessarily. While having a promotion offered to you is certainly a big deal, and there’s bound to be a lot of positives that come with it, it’s not a decision you should take lightly. While the additional money is absolutely a plus, let’s look at some of the other ways to consider how this promotion might impact your life.

Your time vs. their time

To me, this is the most important thing to consider when thinking about accepting that promotion. Time is the most valuable resource we have. It’s the only resource that we are unable to make more of—if you have figured out a way to do so, let’s talk!—and it’s something that everyone should be very careful with how they manage.

When you’re at your job, that’s their time. You come in, do the work you’re responsible for, and when the day is done, you go home. Then you’re on your time, to do with whatever you please. At some jobs, when you’re on their time, there might be expectations for you to stay late. There might even be times when you’re expected to bring your work home with you. When you’re accepting more responsibilities, you’re opening the door for their time to shift into your time. Is that something you’re comfortable with? Some people are okay with needing to bring their work home with them or occasionally needing to stay late at the office. Other people like very clear boundaries. Expect that with the promotion, there is going to be a shift here. What are you doing with your time? Exercising? Personal projects? Going back to college? Traveling whenever you feel like it? These things might suffer due to your promotion, so be mindful of that. Always remember, you can’t get time back, so it’s okay to be very defensive of it! 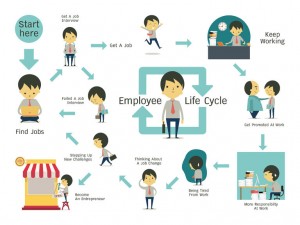 This sort of relates to the their time vs. your time idea, but it’s a little broader in scope. What’s your plan? Where do you see yourself wanting to be in five years, and how does your job play a role in helping you get there? Besides the financial benefits that come with the promotion, you also have the added benefit of having a new title to put on your resume. If you’re applying to new jobs, you can show your prospective new employer that you’ve grown within a company, which always looks good. But, is the job that you’re currently in one that you want to stay with long enough that the promotion is worth taking? Really, it all boils down to the question of where do I want to be, and how does my job help me get there? I think most paths are not entirely determined by your career, but certainly the job helps. But if you see yourself wanting to shift gears in life—maybe going back to school, maybe spending more time on your personal and artistic endeavors and trying to make that your career—taking on more work might not be the best idea.

But they’re going to give me more money!

That’s true, they are! Since everyone is ultimately working for their paycheck, those numbers being larger by any amount is always nice. When being offered a promotion, your employer is going to offer you a new salary or wage based on the responsibilities that come with the new position. They’ve computed what you and your time are worth to them based on what you provide them. You’re going to make the same computation, and in all likelihood, you two are not going to initially arrive at the same number. So what do you do?  If their offer is low, definitely give them a counter offer. You have to expect that they probably won’t meet what you’re asking for, so don’t be afraid to ask for more with the hopes that you’ll meet in the middle.

My boss won’t meet me on their offer, what do I do?

This is tough. What we’re really getting down to here is the your time vs. their time vs. money debate. We’re bargaining for how much compensation your time is worth to you. Some people are comfortable with being flexible about this while other people feel comfortable with being rigid. Personally, I am okay with standing firm on my demands when it comes to a raise, because I know that my time is very valuable to me, and if I’m giving up the flexibility of my time, I need to feel like I’m getting exactly what I want in terms of compensation from my job. 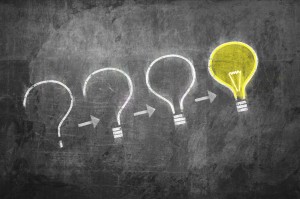 So I’ve thought it over, and I’m going to turn down the promotion, what do I do?

This seems like an awkward situation, and it sort of is, but it’s also one that you can walk away from cleanly as long as you handle yourself properly. If you’re going to turn down the promotion, be sure to open with something like I really appreciate being considered for this position and I’m thankful for the opportunity. Remember, out of who knows how many candidates there were for the position, your employer chose you. Even though you’re saying no, you don’t want to appear ungrateful. Remember the one or many times you got turned down when you asked someone out on a date? Remember how lousy you felt? Now imagine how your boss feels. Tread lightly and be humble in your rejection. Also, be sure to not close the door for future promotions. Be sure to say something like while this isn’t a good fit for me now, I’d appreciate being considered in the future.Turning down a promotion can make it appear that you've lost interest in your job, and already have a foot out the door. This may or may not be true, but you never want to give your employer any reason to assume this is the case. Saying something like this helps make sure you remain in their good graces.

When turning down the promotion, the most important thing to do is absolutely do not talk about money! There’s a good chance that you turned down the promotion because you decided that the additional responsibilities were not worth the additional compensation they were offering you. That’s a totally valid decision to make. I completely have your back that your time is more valuable than their time. But don’t mention the money. You run the risk of making yourself look like someone who only cares about the money, and that you were only interested in the promotion for the money. Instead, tell them something like at this point in time, I have other priorities that I must consider. You’re really talking about your time without explicitly saying it. Above all, you want to present yourself as grateful and acknowledging that your employer put a lot of faith in you by offering you a promotion, and you don’t want to betray the trust they put in you.