Working out, eating healthy, and losing weight is something a lot of us want to do, but have trouble sticking to. I’ve been interested in fitness for about 10 years, but it is only in the past two years that I’ve figured out how to stay healthy year-round through consistent exercising and controlled eating. So, let me share some tips on how you can stay healthy too because you don’t have to wait till the next New Year’s to begin exercising again! 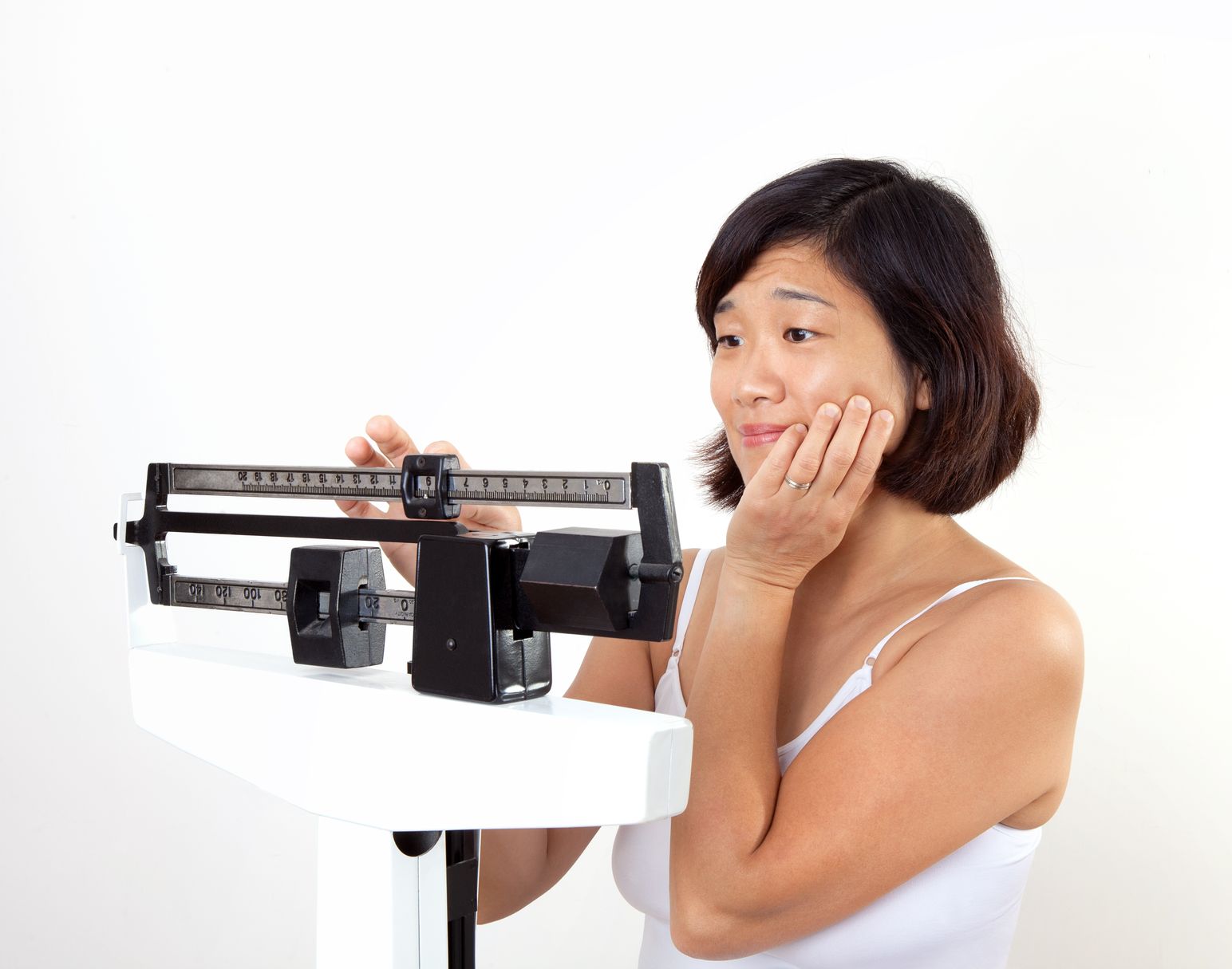 Too many people who start their fitness journey aim for a number. I want a six-pack; I want to fit into a size 0; I want to lose 20 pounds, etc. If you’re aiming for one of these numbers, you’ll probably exercise or diet far too aggressively in the beginning, get burnt out soon afterward, then give up in a matter of weeks.

Instead, I would suggest that you make one simple goal of getting healthier. Try to get into the mindset of healthy living because that will prompt you to eat healthier and be more active. Losing weight and/or gaining muscle is a byproduct of healthy living so make that your number one fitness priority.

There’s no fast and easy way of losing weight. All those commercials that say this magical pill or workout program will make you lose fat are all flimflams. You can either lose weight fast and endure the pain, or take it slow and lose weight gradually while enjoying life a bit more.

I suggest you do the latter.

And when you’ve estimated how many calories you burn in a day, try to be in a calorie deficit by about 300-500 calories. This isn’t hard—if you switch out a large chocolatey coffee drink for an Americano or tea, that’s 500 calories saved right there! Or you can increase the amount of physical activity by going for a walk or hitting the gym for about an hour to burn 500 calories.

Being in a 500 calorie deficit is easy, but it won’t bring dramatic results. At that rate, you’ll lose a pound a week, totaling to four pounds in one month. But what matters is that you’re succeeding in your goal. Take it slowly, allow your body to achieve your desired weight gradually, and one day, you’ll definitely get there.

3. Focus more on what you’re eating. 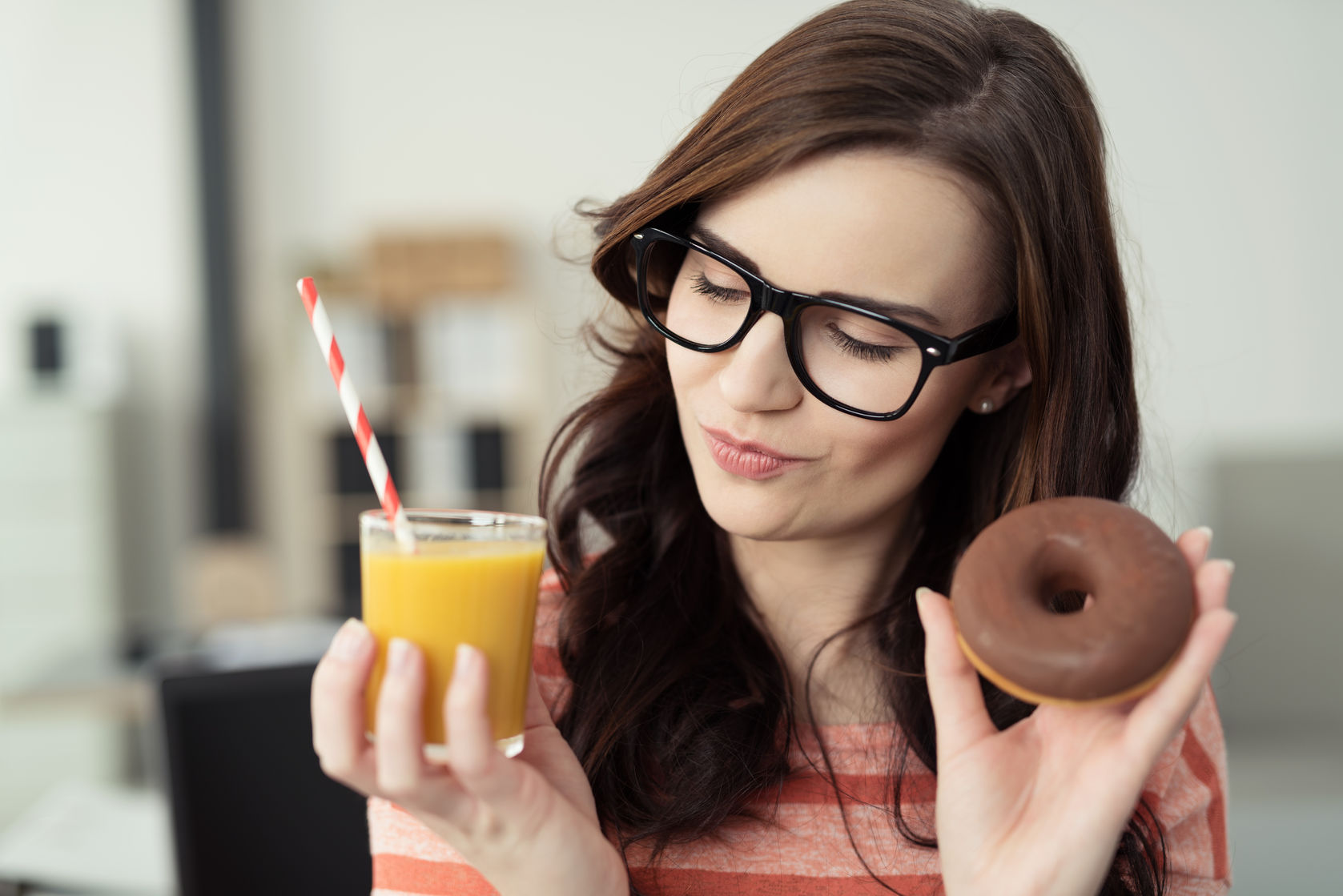 It is so much easier to lose weight by consuming fewer calories than trying to burn more calories through exercise. A few minor changes in your daily eating habits can cut big chunks of calories from your total intake. Switching a sugary coffee drink for black coffee or tea is one. Instead of a savory pastry in the morning, going for a bowl of oatmeal is another simple change. And rather than opening a bag of chips for a snack, opt for a piece of fruit or a bag of air-popped popcorn. Those small changes will save you big calories.

If you make these healthier choices and on top of that, you add some exercise, that will only accelerate your weight loss. This is so much easier than eating a cheeseburger and swimming for an hour to burn 500 calories. 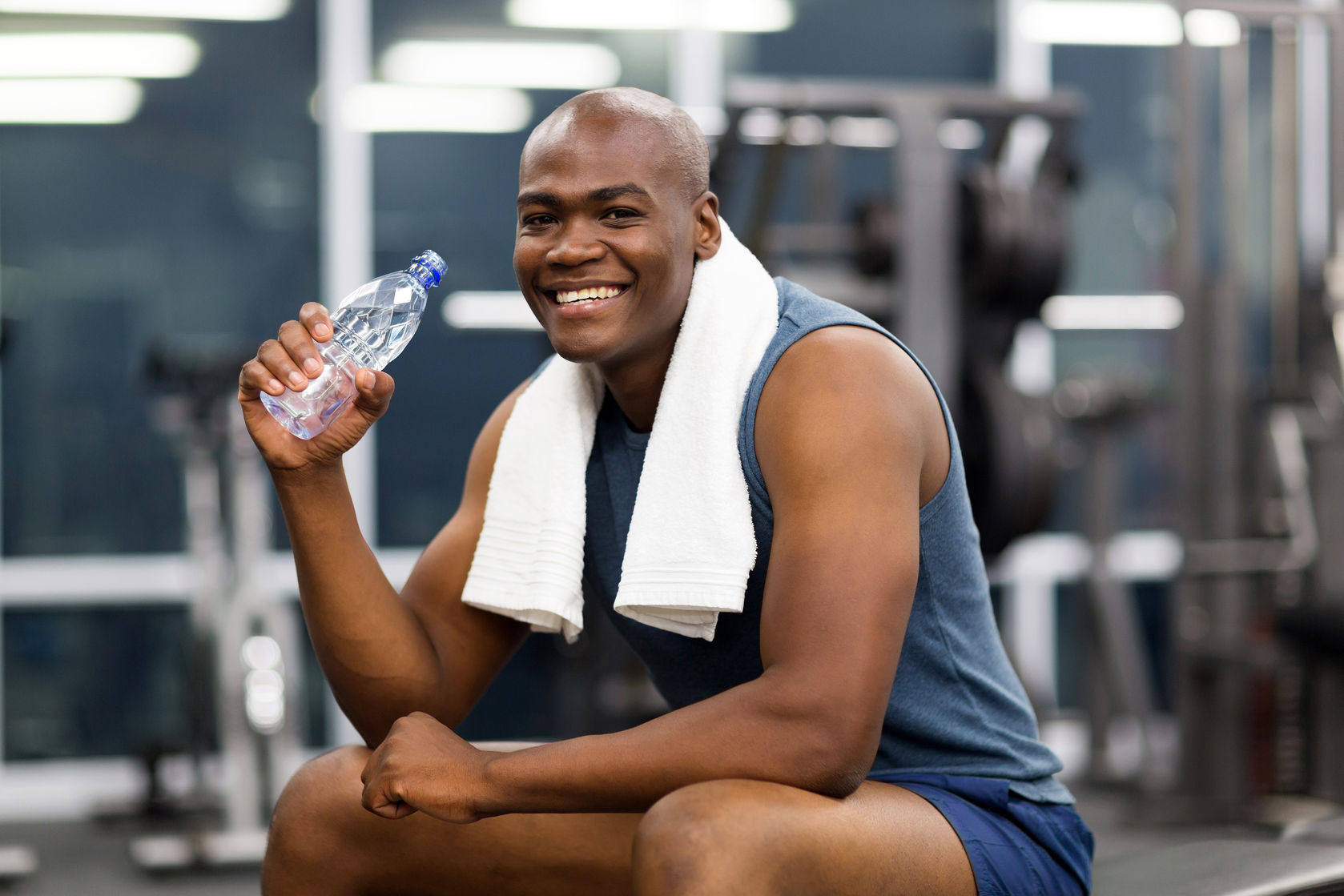 This may seem contradictory to weight loss, but as I said in my previous point, exercise is only a supplementary portion of weight loss.

A lot of people who quit on their fitness goals after a few weeks quit because they don’t like working out, or they get burnt out. I’ve had friends who pledged to lose weight and went on a five-day-per-week workout plan. They would spend a ton of time at the gym, sweat like a pig and be absolutely gassed. Expectedly, they gave up in a few short weeks.

Actor Matthew McConaughey lost nearly 50 pounds for his role in the Dallas Buyers Club and in an interview with Ellen DeGeneres, he revealed that he lost most of the weight without doing any cardio and purely through eating.

Now, in no way am I saying you should try to be that thin, but my point is that exercise is not the main factor in weight loss. So, listen to your body. If you’re happy working out three times a week like I do, then do that and feel great about it. If three times a week is too much, then start with just once a week.

I’m not a big guy, but I do have a big appetite. With ease, I can finish a box of jelly-filled donuts, a big bag of salt and vinegar chips, and a pint of chocolate ice cream. All those foods are extremely fatty, and I know I can’t control myself with those foods. So, I do my best to avoid them entirely.

This is a sacrifice that is hard but necessary to make, at least for me. Figure out what your trigger foods are, the foods that make you lose your sense and go nuts, and try to avoid them. 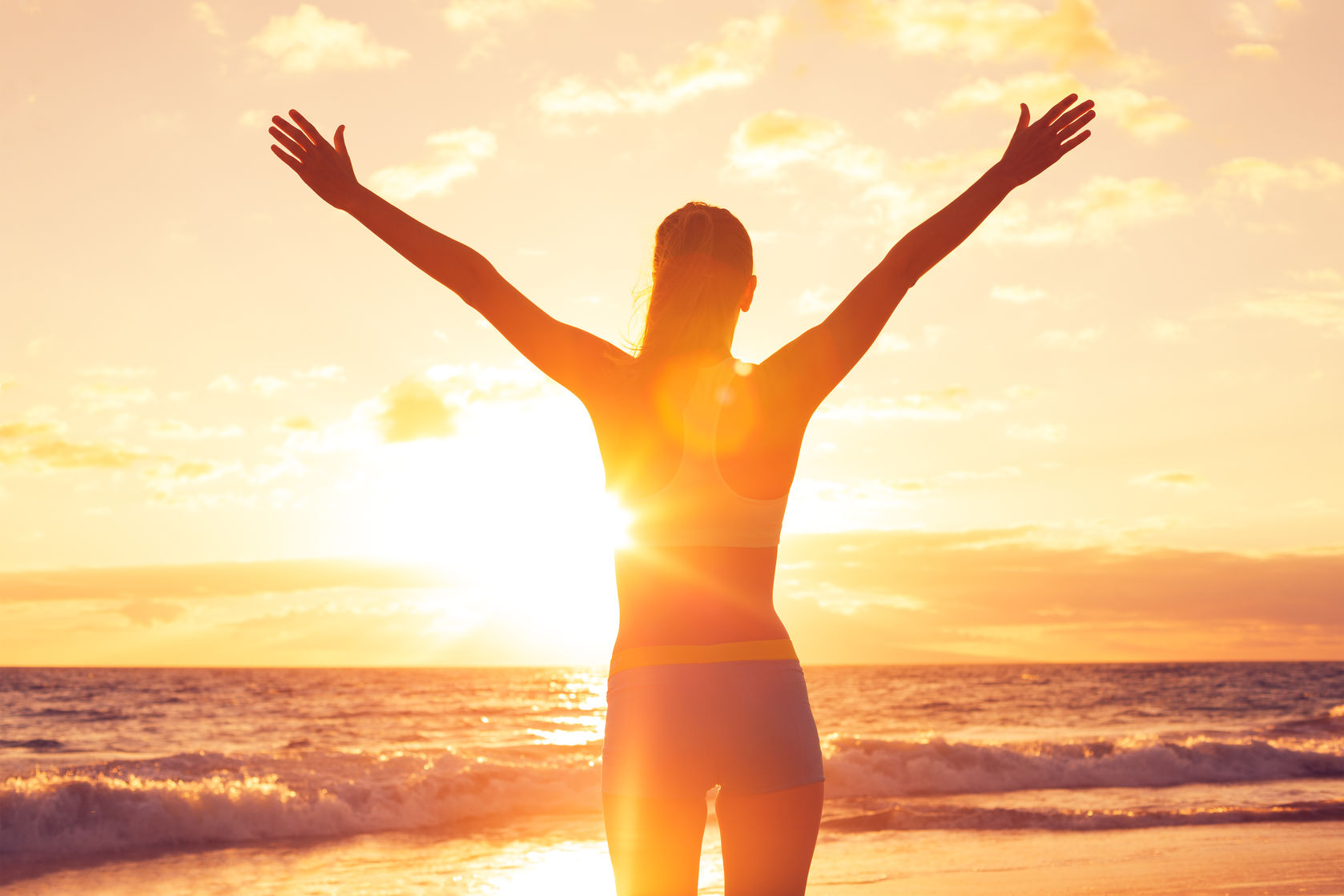 As cliché as this advice is, it is absolutely true when it comes to weight loss.

Many people will get all hyped up about losing weight and they’ll do a great job working out and eating right for a certain length of time. But ultimately, there will come a day when your office has a pizza party and you end up eating way too much. You feel horrible and ashamed that you’ve failed your commitment to be healthy. You get so upset that you say to yourself that you can’t do it, and you give up.

It is okay to mess up for one day. It is also okay to mess up and eat pizza for a week. And it’s okay if you mess up for a whole month. In the long run, one day, one week or even one month is relatively meaningless as long as you spend the rest of the time sticking to your fitness goals.

Simply try your best to eat healthy and exercise when you can, and if you fail, it’s no big deal. Just take it slowly, be consistent, and be encouraging to yourself when you do mess up, and eventually, you will be transformed into a healthier you. 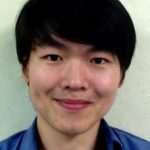 Joseph is an aspiring journalist and writer who lives in Honolulu, Hawaii. Ironically, however, he has a mild phobia of sharks and other sea creatures that bite, so rarely would you find him enjoying the delightful Hawaiian beaches. Ergo, he’s usually on land and indoors, reading and writing on issues such as politics, health care, wealth (in)equality, religion, race, and the environment. For leisure, he enjoys exercising and reading up on cars.

Joseph is an aspiring journalist and writer who lives in Honolulu, Hawaii. Ironically, however, he has a mild phobia of sharks and other sea creatures that bite, so rarely would you find him enjoying the delightful Hawaiian beaches. Ergo, he’s usually on land and indoors, reading and writing on issues such as politics, health care, wealth (in)equality, religion, race, and the environment. For leisure, he enjoys exercising and reading up on cars.