Home›Uncategorized›Step Aside, Christmas: Here Are 9 Other Winter Holidays

Step Aside, Christmas: Here Are 9 Other Winter Holidays

Uncategorized
by Living Out Social


There is no point in denying that the Western world is a Christmas-dominated place. Christmas is great, but it is certainly not the only holiday celebrated in the winter months. Boasting a wide range of regions and practices, below are nine other holidays, both religious and secular, past and present, celebrated worldwide: 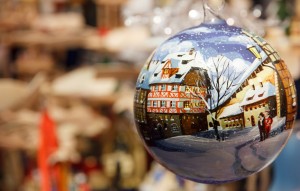 Remember the Yule Ball from Harry Potter, or that line from that Christmas song no one really remembers the name of? Well, it is not just a term sometimes used around the holidays, but a reference to an actual festival from historical Germanic pagan cultures. Many people hear the word “pagan” and think of horror movies in which people sacrifice humans so their crops will grow. In fact, the term actually refers to any non-major world religion. Indeed, most pagan festivals and holidays are centered around harvests and crops, including Yule. Yule marked the Winter Solstice, usually lasted for three days, and was celebrated by drinking, feasting, and sacrificing animals.

With its name coming from the East African language, Swahili, Kwanzaa is celebrated in the United States and internationally within the Western African Diaspora. The secular holiday recognizes African heritage and focuses on seven principles: unity, self-determination, collective work and responsibility, cooperative economics, purpose, creativity, and faith. 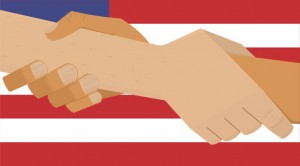 A secular holiday celebrated internationally on December 10th, Human Rights Day commemorates the 1948 enactment of the Universal Declaration of Human Rights by the United Nations. With its relevance growing, Human Rights Day is an important reminder that while people call many different countries home, we are all citizens of the world—a world in which humanity and standing up for humanity matters.

Most commonly celebrated in Scandinavia and Italy, this major Christian feast day on December 13th commemorates the martyr St. Lucy, who used a candle to light her way in delivering food and aid to Christians in hiding. Celebrations often include representations of the saint, public processions, and large feasts.


In Japanese tradition, Omisoka (New Year’s Eve) is the second most important day of the year next to New Year’s Day. Celebrated on public television, groups of singers compete to win a trophy, and families gather to eat bowls of long noodles (toshikoshi-soba or toshikoshi-udon) and begin cooking the next day’s feast. This is often followed by visiting a shrine or temple.

Celebrated in mid-December by the ancient Romans, this festival honored the Roman deity Saturn, known in ancient mythology as the agricultural deity. Saturnalia included public sacrifice, gift giving, feasting, gambling, and general merriment. The religious festival was observed throughout ancient Rome in both public and in private. 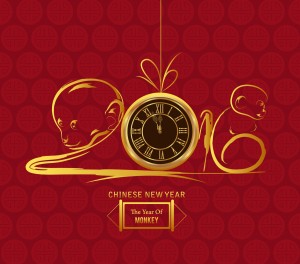 Another holiday familiar to many people is the Chinese New Year, which marks the end of winter and the start of the traditional Chinese calendar. Much like the way New Year’s Eve is celebrated in other cultures, people usually stay up until midnight and watch fireworks. Many other customs are also a part of Chinese New Year, such as giving out “lucky money” in red envelopes to children, the Lantern Festival, and parades with lions and dragons.

A midwinter Persian festival with ancient significance, Sadeh (meaning “hundred”) marks one hundred days and nights past the end of summer and the beginning of the ancient Persian winter (which began after summer ended) and recognizes the importance of energy, light, and fire in religious legend. Fire remains an important part of the festivities to this day, and Zoroastrians in Iran and elsewhere celebrate by feasting and dancing around huge bonfires.

Celebrated on December 8th, this Buddhist holiday is a day that recognizes the day the historical Buddha experienced enlightenment. In Buddhist traditions across the Asian continent, many celebrate Bodhi Day with acts of kindness, traditional meals, chanting of Buddhist texts, and extra meditation.

These are only some of the thousands of cultural traditions celebrated on the outskirts of more popular holidays. The best way to expand one’s own worldview is to learn as much as possible about international cultures and the practices that are significant to such cultures. More understanding means less judgment and an all-over more accepting way of living. There is so much to discover, and the knowledge is only a click away! 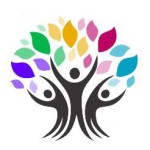