Being a young black person in America has never been more polarizing of a topic. On one side lies a serious identity crisis, where black simply denotes the color of one’s skin and attributes nothing to the respective culture or community. On the other side, the pride that can come from acceptance of your culture can often be met with confusion, or even fear. But now more than ever, it has become integral to understand that the world is far more than black and white. A person’s values should not be generalized and stereotyped with that of a history of an entire people. Why is it so easy for people to separate themselves from others on arbitrary characteristics, yet so difficult to bring those same people together unless a national tragedy takes a hold of our collective attention? The multiple divisions and labels that we use to separate each other as individuals go toward the continued barrier that keeps us from recognizing others as fellow human beings.

Whatever religious, scientific, or spiritual beliefs you may have, one common piece of knowledge that is learned as soon as you are born into this blue dot hanging in space is this: there are creatures that look exactly like you. When I say “exactly” I mean more so than a dolphin or German Shepherd would look like you. Eventually, you will grow to learn these creatures’ ways and customs. You will develop and lose relationships with them, create more identical creatures of your own design, and end up spending your life among these fragile single heart, single brain creations. On this planet, we call them humans, before any other label. We are the human race.

Race, however, is a social construct that tries to denote ethnicity (also a social construct, nearly interchangeable with race) or a specific type of human class that an individual belongs to. Sociologists, psychologists, humanists, or various other sources of people will describe race as having to do with a place of origin for one specific type of people. However, we are no longer “one specific type of people.” Time magazine released an issue in which it had a picture estimating what an American person will look like by 2050— a combination of all the races and characteristics of all of the people of the world. 2050 is far closer to us than the 1600’s from when the term “race” first emerged, and yet our grasp and understanding of the concept is still archaic at best. It seems almost daily that some new classification or definition arises that places another group of humans into a separate category. For the life of me, I could never understand why we needed or used these classifications in the first place.

Growing up, I remember the vividly the “check one box” section on assessments that asked for a person’s ethnicity. I had no problem with this; I had been getting called “black” or “African-American” my entire life, it was simply bubbling within the lines. But now that I am older, I realize how derogatory that was, to be categorized as a descendent of an entire continent for the simple reason of having darker skin than the person sitting next to me. Even though these are my own personal experiences, they are not mine alone, and I feel that the best way to come to an equal understanding on any topic is to open it up for constructive conversation. No person should live in discomfort from the uncertainty of unwarranted judgment.

We live in a time in which it is nearly impossible to not feel the presence of the world around us. Inventions such as Snapchat, Twitter, Instagram, Tumblr, Vine, and Periscope, are all burning examples of our desires to be close to one another, if not for any other reason than to reaffirm our own existence. Instead of appreciating the endless variety of humans that have and will walk on this planet, we become caught up in denigrating each other because of it. It is baffling how we can at the same time idolize those who choose to be different and ostracize others for naturally not being the same. This is far from the world that I hope to live in, and I promise to do my part to change it. 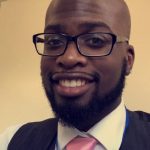 Mikhail is an aspiring screenwriter and author. He studied psychology at American International College and believes heavily in altruism. He volunteers at various elementary schools in Hartford, Connecticut, and loves to mentor anyone who is willing to learn. On his “off nights,” he performs stand-up comedy around CT. If he is not performing, you can usually find him behind the camera, producing and directing. He is currently working on a documentary about comedy and local talent. Although he loves being able to share other people’s stories, it is also important to him that he shares his own.

Mikhail is an aspiring screenwriter and author. He studied psychology at American International College and believes heavily in altruism. He volunteers at various elementary schools in Hartford, Connecticut, and loves to mentor anyone who is willing to learn. On his "off nights," he performs stand-up comedy around CT. If he is not performing, you can usually find him behind the camera, producing and directing. He is currently working on a documentary about comedy and local talent. Although he loves being able to share other people's stories, it is also important to him that he shares his own.