Home›SOCIAL›LET'S TALK›NARRATIVE BOOKS THAT WILL CHANGE THE WAY YOU THINK: PART I

Time is finite. There is much to be done. We all want to improve, to be the best version of ourselves. We also sometimes wish to escape it all and just be encapsulated in a damn good yarn. Luckily dear reader, with this introductory guide, you can now do both at the same time. The following is the first installment of fiction narratives that will captivate you like the best escapist literature but will also educate and inform you, perhaps even arouse your curiosity. These are the best of all worlds: like a superhero epic mashed together with an accessible documentary.

A note: while compiling this list, I noticed these novels tended to be long. Do not be afraid, reading notes are provided to offer a plan of attack. 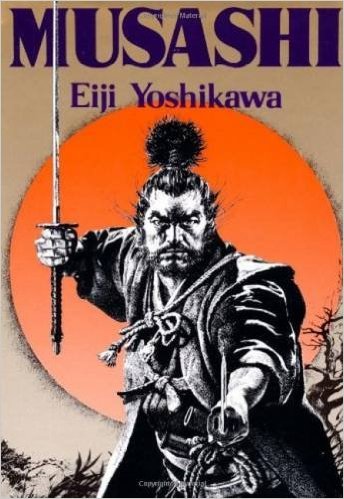 Yoshikawa’s 1934 epic depicting the life and lessons of Japan’s real-life hero Musashi Miyamoto is the real deal: an epic, picaresque two-fold journey. One vagabond warrior’s quest to become the best swordsman leads him on the simultaneous quest towards enlightenment. Almost unfairly labeled the Gone with the Wind of Japan due to its scope, massive popularity, and pure entertainment value, this book deserves serious reconsideration as a serious work. There is something for everyone: romance, intrigue, graphic battle scenes, humor, you name it. But it is also much more. Yoshikawa takes the reader and immerses them in the world of Musashi; inviting the reader to become intricately involved in his evolution. Along the way, the reader will discover fascinating facts of Japanese History along with reflections on The Art of War, Buddhism, and general insight for anyone interested in dealing with inner turmoil and developing themselves into being the best person they are capable of becoming. Beware: a spiritual awakening may just be found within these pages.

READING TIPS: There is no sugarcoating this one, this puppy is long. Embrace it, though.

Musashi goes on quite the long journey, so don’t get discouraged if it takes you a while to get through. Enjoy the journey. You might just miss the company when it is finally over. The book is also divided into several parts containing several chapters, so there are plenty of stop-and-go points.

WAR AND PEACE BY LEO TOLSTOY 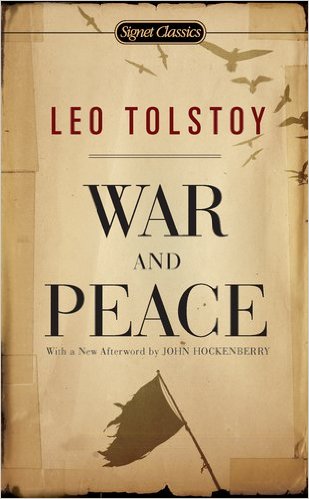 Quite truthfully, picking up any Tolstoy will do you some good. Tolstoy’s concerns are at once religious, spiritual, and communal—in a word, they are human. To read War and Peace will not only educate you on the Napoleonic Wars, it will take you on a roller coaster journey through the rocky back-and-forth of the soul. Never has such a large chunk of history been so visceral and emotional.

Perhaps some of you flinch at the name Tolstoy, or the title War and Peace. It is the book you mention when you want to describe something as “the longest ever.” Such importance has been placed on Tolstoy that it is no surprise the uninitiated might be scared off. His name might sound academic. You might want to place him in the realm of Shakespeare and other acknowledged greats that read more like work than pleasure to your modern reading sensibilities. He might bring to mind bland, rigid writing. But pick up his work, what do you see? Is it long strings of complicated hard-to-decipher writing? Like the best writers, Tolstoy’s style is deceptively simple. As a novelist, he understands that it is his job to communicate, and he does so. There are several good translations of Tolstoy’s works, and his language cuts to the quick. The characters are easy to understand, and the action and tension are fierce. If you have read Tolstoy before, you know what I mean. If you haven’t, give him a try. His work is eternal. It is awe-inspiring.

READING TIPS: Don’t be discouraged by the length like many before you. War and Peace is divided up into twelve books, each of one hundred pages or so. Look at it is as reading several short novels. Just decide to read the first book. After those one hundred pages, try and tell me the next book you want to pick up isn’t “Book II” of War and Peace.

THE WORKS OF DOSTOYEVSKY 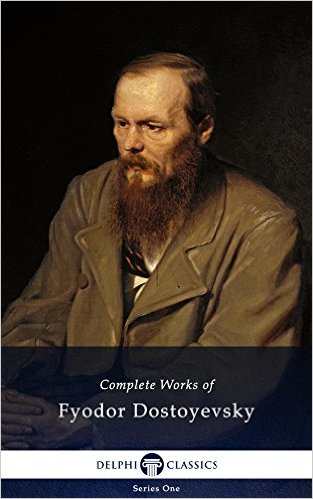 It seems cliché to list the “great Russian novels” in a discussion of some of the most important works of literature. But it is cliché for a reason. The works of Tolstoy, Dostoyevsky, Gogol, Turgenev, Pushkin, and others have proven themselves to transcend time, geography, class, religion, and just about everything else. They have influenced philosophical writings as well as the cinema of samurai master Akira Kurosawa. So massively they loom in the canons of great literature that it really is a truism that you cannot claim to know the greats of literature if you have not delved into the works of Russia.

Kurosawa’s favorite novelist was Fyodor Dostoyevsky, and who better to end this installment than Dostoyevsky? His works, like Tolstoy, are remarkably human; however he more often stared directly into the dark depths of the soul in order to extract the light. It would seem appropriate to this list to extract one of his titles, but his work is so powerful as a whole I would not know which might be most beneficial in the context of this article. Would it be Crime & Punishment, in which we witness the depths of depravity in the quest of the “Super Men,” prior to witnessing redemption and rebirth in the novel’s final act? In discussing this Russian thought of “Super Men”—men of superior framework, of whom the rules should not apply, how could I then overlook referencing Notes from the Underground, in which we witness the birth of a man who removes himself from society? You will be utterly wrecked at the book’s conclusion.

Likewise, if we are looking at the concept of the “Super Man,” shouldn’t we then analyze The Idiot, in which Dostoyevsky presents us with a man of goodness and open-heartedness? In the world in which the book takes place, these traits are mistaken for “idiocy.” Dostoyevsky wished to write about “the positively good and beautiful man.” Based on the events of the book, and its title, Dostoyevsky makes it clear, this world has some work ahead of it to be able to accept goodness and love.

Capping off all this is The Brothers Karamazov, Dostoyevsky’s final novel. No words need be spoken. By the time you get here, you know you need to read this.

READING TIPS: Luckily for readers, Dostoyevsky often managed to be more concise than many of his contemporaries. Notes from the Underground can be read in a sitting (and is divided in two) while Crime and Punishment, and several other of his novels clock in between 300-500 pages. Later works, such as Demons and The Idiot, are a bit longer, while The Brothers Karamazov is perhaps his only true “long” work.

Now that you are fully stocked with fresh ideas of literature to excite you as well as stimulate your mind, go out there and read! Let these fantastic works provoke you. Perhaps I snuck in a few too many titles by suggesting you read all of Dostoyevsky. I mean, really, after War and Peace, you are probably going to want to read the rest of Tolstoy as well. Great works are like that. 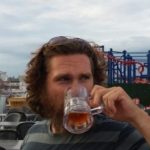