In the overwhelming presence of adversity, it can be easy to fall prey to a dismal state of mind. When misfortune comes knocking at your door uninvited and unavoidable, we may unintentionally invite grief in as well, and leave our joy standing at the threshold.

This is a struggle that must often be faced each day anew, this battle between hope and despair, joy and sorrow.

It is a story that I am living now and telling to you.

This is the story of my autoimmune disease.

Many autoimmune stories begin with someone having suffered for years before doctors provided a solid diagnosis. It is a tale in which their worsening state of health happened slowly, and then all at once. This was not the case for me.

Although my body has always been fragile and very susceptible to the common cold now and again, I never had a lot to complain about physically for the first 16 years of my life. The decline of my health happened within a matter of months, and very quickly I found that I was drowning in a sea of undetermined symptoms and emergency room visits.

It all began in the fall of my remaining year of high school, shortly following the celebration of my 17th birthday. I was a full-time student and a part-time employee at a local coffee shop. My days were busy and my life was on the very average track to graduation and whatever would come after, whether it would be college or an overseas language program in which I had been accepted. All of these plans came to a sudden halt when my health took a turn for the worse. I became too weak for my average day-to-day life. I could not finish a shift at my job or a full day in school. Doctor appointments stacked up, one after the other, but for many weeks I was told there was nothing wrong with me. Yet, the many sleepless nights and the rapid weight loss that I was experiencing told a different story, and it wasn’t until proper blood testing was done that the story began to unfold.

I was sent to an endocrinologist, a doctor specializing in thyroid health, who very softly and very kindly put a name to the struggles that I had been facing.

“Graves disease,” he told me. “You have an autoimmune disease called Graves.”
He would go on to tell me that it was the most common form of hyperthyroidism, and the symptoms were very manageable, but that my life would be very different from that point on.

After months of struggling under the weight of my invisible disease, I had finally received the answer I had been searching for. I learned how the disease works, when it first began, but still, no why.

Why had my body gone to war against itself?

The answer to that question is something I will never know.
And that was the first lesson my autoimmune disease would teach me. There are some things you just can’t know, and that is perfectly all right.

In the months following my diagnosis, my health began to improve on my medication, and I was able to return to many of the things I had been doing before. I had lost my spot in my overseas program, and I wasn’t able to return to my job for a while, but I felt good, and that was all that mattered to me.

From that point on, I held tight to the hope that my disease would go into remission. I just waited for the change, and floundered for many months in this state, allowing myself to believe that things were simply the way they were, and there was nothing I could do about it.

struggle with it anymore, but at that point, it had never occurred to me that I would have to fight for my health. This was something I would have to learn in the months to come. A year after my diagnosis, my hopes for remission began to disappear.

My disease had returned full-force, and with a host of new symptoms.

I was exhausted before it even really began, for I knew what the days to come would be like. They would be hard and tiring, and I was sad.

Misfortune had come knocking at my door, and along with it, grief had settled in as quite the unwelcomed guest.

I let myself feel hurt about it, and I let myself cry for the first time in a long time, because there is no doubt that it was very hard to feel that I was growing old before I’d had the chance to be young.

That was the second thing my autoimmune disease taught me. After years of struggling with anxiety and depression, and tucking it away, I learned that not feeling okay is perfectly all right.

So in the midst of the second chapter struggle with my disease, I decided that this time the struggle would be different. I wasn’t going to sit around and wait for my health to change, I was going to fight for it. This didn’t just mean a new diet and a healthier lifestyle; it meant a healthier mindset too.

So you see, my autoimmune disease has taught me all kinds of things I thought it never would. It’s taught me to care about my health and to love the body that I have.

It’s taught me to be strong, but also not to be afraid of weakness.

And the most important thing that my autoimmune disease taught me is to live, and to live intentionally.

What does living intentionally mean?

It means not waiting around for things to happen, but going out and doing
It means breathing deeper, smiling more, and when given the chance, choosing joy over sorrow.

It is quite easy to be sad and downcast. Anyone can wear a frown and spend their time thinking of sad things. The world in which we live gives plenty of reason for sadness and grief, but it takes someone truly extraordinary to defy reason and choose joy.

This journey of mine is not perfect, as I know life will never allow it to be. I still struggle between joy and sorrow, and hope and grief for the rest of my life. I will have countless days of just not feeling okay, and many moments of doubt. But in the end, I am on a journey to find the extraordinary, and sometimes the extraordinary lies in what seems the most ordinary of things. 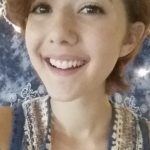 AnnaRose is an aspiring author currently living on the beautiful garden island of Kauai. She makes the most of her island experience by immersing herself in its healthy culture, supporting local farmers, and soaking in the sun and sea. AnnaRose is a fan of all things fantastical and dreams of creating worlds in which one can escape to through words. Her happiest days are spent in local coffee shops working away at her current novel or in bookstores, where she explores the wonderful world of classic literature and adds more treasures to her ever-growing book collection.

AnnaRose is an aspiring author currently living on the beautiful garden island of Kauai. She makes the most of her island experience by immersing herself in its healthy culture, supporting local farmers, and soaking in the sun and sea. AnnaRose is a fan of all things fantastical and dreams of creating worlds in which one can escape to through words. Her happiest days are spent in local coffee shops working away at her current novel or in bookstores, where she explores the wonderful world of classic literature and adds more treasures to her ever-growing book collection.