Home›SOCIAL›POP CULTURE›Music And Community Building: A Take On House Music

The study of the how and why people come together around a particular ideological movement has fascinated community organizers and theorists alike. Urban planners have piled over countless case studies of how neighborhoods and cities develop and why they fail, and anyone working in real estate has an acute sense of neighborhood and community development (or not). While it’s easy to discover the tangible links to what makes a community, a missing link that is often overlooked, but is as ubiquitous as the air we breathe, is music.

The music of today and yesteryear are all grouped into genres that not only define a particular tempo, beat, and rhythm, but actually generate classes of people that are all dedicated to consuming, nurturing, and fostering their unique taste in music. One particular form of music that has brought communities together for the past 30 years is that of house music in all its forms and styles. Never before has a style of music so vividly brought together groups of people from a myriad of cultures and socioeconomic backgrounds as house music. It’s a form and style of music that permeates through all communities across the world and brings people together in an almost tribal fashion.

To be clear, it is true that house music has been broken down to various sub-genres such as tech-house, deep house, chill-out, drum & bass, etc., but for simplicity and clarity, we can group all these categories into one category: electronic music.

Recently, Harlem hosted a Sundae Sermon party in honor of Larry Levan, one of the legends of house music. He is perhaps best known for his residency at the renowned Paradise Garage club and is recognized as a key figure in the development of house music in New York City. At Sundae Sermon, there were hundreds of people of all ages that came out to unite and celebrate a form of music that connected them all. It was not uncommon to see women in their 70s and 80s get up to dance with 20-somethings dressed as if they'd just appeared from a 1989 drag ball.
What makes this style of music so fluid throughout communities and generations, and how is it that people are still building upon the foundations of house music? It’s a question that still confounds DJs and aficionados to this day, but I find the greatest strength of house music is it’s ground-up grassroots birthplace. House music and techno were founded in NYC, Chicago, and Detroit respectively amongst a community that was already marginalized at the time. Minority and LGBT communities nurtured this form of music, and the clubs that hosted and supported house music were venues were everyone was welcome, regardless of gender, socioeconomic class, or sexual preference. Studio 54 is perhaps one of the most popular venues, and there are countless stories written of its extravagance, but an important point to note is behind the glitz and glamor of it all were the foundations and building blocks of a grassroots community initiative. Peter Gatien, one of NYC’s “community organizers” owned several of the greatest house music clubs in NYC, which could be called havens for those who wished to express themselves on the dance floor.

The fact that house music was built from the ground up by a group of people who sought freedom of expression is key to understanding why house music is paramount in community building. Every house music event is still built upon this same sense of support and freedom of expression. When you think of soulful house music, for example, the lyrics (such as those of Barbara Tucker or Janice Robinson among other hugely talented vocalists) are odes to humanity, love, and the ability for individuals to overcome. The tempo of the music uplifts spirits to dream of brighter days and brings people together to celebrate the joy of living and human diversity. These same themes were true when the music was founded in the ’80s amongst a group of people who wished to come together to celebrate their diversity.
Today, house music parties and festivals are some of the most culturally diverse community events. People dressed in costume, bright colors or just plain everyday clothes dance across the world to a beat unmatched by many styles of music. Berlin and Ibiza are electronic music capitals, but festivals are far and wide across the globe. It should be noted that the #1 rated electronic music club, Berghain is also an LGBT club. Tunisia has Les Dunes Electroniques festival and Morocco has the Oasis festival. Tomorrowland Festival travels from Atlanta, USA to Sao Paulo, Brazil. The festivals and house music parties are endless and geographically diverse, but you will frequently see similar DJs on the line-up at these various festivals, which means that people across the world, are all speaking this language of music that promotes acceptance and celebration of life.

A few years ago, during my stay in southwest France, I was living with a dear friend of mine whom I met in San Francisco. Through a mutual friend, I was introduced to a promoter throwing parties in Toulouse, France. After singing vocals for one of her DJ friends from Tunisia, she introduced me to her colleague who is based out of Mexico City. He and I now collaborate on house music tracks and have recently completed a project with a group from San Juan, Puerto Rico. While this collaboration may sound like an exception, I find it commonplace amongst lovers of house music. From the largest world festivals to the underground music scene, you will find people far and wide who share the passion for house music. In essence, it has become the official language of its own united nations.

There is something to be said about a style of music that often has no lyrics. Is this the strength in house music’s uncanny ability to develop community? Do our primal instincts to move and dance at the tap of the drum overpower spoken language? My guess is the answer is yes, especially since the beat becomes the common denominator of the masses. The beat becomes a unifying baseline that doesn’t judge, despise or discriminate. The beat, therefore, has no gender, race, or status. The beat itself is a constant that is interpreted and understood by its listeners as a signal that is universal and equal. Perhaps this is why Eddie Amador’s words have been repeated time and time again: “Not everyone understands house music, it’s a spiritual thing, a body thing, a soul thing.” 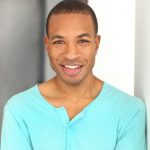 Jeremiah is a writer, photographer, and actor who enjoys sharing his stories, whether it be on paper, on stage, or on camera. His work and travels have taken him to Central America, Europe, and the Middle East, and he currently resides in New York City, where he spends time working on his crafts and contributing to the Living Out Social team. He joined Living Out Social because he shares the vision that everyone should live their lives colorfully while being kind to others and the world around them.

Jeremiah is a writer, photographer, and actor who enjoys sharing his stories, whether it be on paper, on stage, or on camera. His work and travels have taken him to Central America, Europe, and the Middle East, and he currently resides in New York City, where he spends time working on his crafts and contributing to the Living Out Social team. He joined Living Out Social because he shares the vision that everyone should live their lives colorfully while being kind to others and the world around them.