Take a second right now to consider any and every addiction you may have. Maybe you find yourself addicted to work, overworking even in your off-hours. Perhaps you cannot go a day without plugging your music into your ears. Do you find yourself binge eating or eating really unhealthy meals and snacks? Or maybe, like me, you spend every little chance you get catching up on the latest movies and TV shows.

These might not all sound like harmful addictions. That’s because there’s nothing inherently wrong with these activities. However, carelessly turning them into habits is where the real danger lies.

To elaborate, I want to tell you about a time in my life when I overcame most of my addictions in under one month. I should warn you, though, that I will use examples of solutions that worked FOR ME. I am by no means qualified to give medical advice, so do not use this as a substitute for that.

It all started last year when I dropped out of college to move to Austin, Texas. My goal was to find time to work on myself, even if that meant putting a hold on my education. There was a long list of areas to work on, and an even longer list of activities I wanted to take part in. At the top of the list were improv-comedy and mixed-martial-arts classes. So, I found an apartment and a job working at a food truck, sold my car, and bought a bicycle as my main mode of transportation.

After all was said and done, I had about two grand left in the bank.

This specific example only spanned about three months, but I was addicted to my computer and TV long before then. And during these three months, my excuse for not doing any of the things I moved here to do, was money.

If I ran out of money, it meant asking my parents for help; and independence was a big part of my move out to Austin. So, although I wasn’t truly at risk of having to ask them for help any time soon, I convinced myself that I was, and in doing so, eliminated the possibility of spending money on Improv or MMA. This way, I could continue living the easy routine I had set up for myself.

Notice the layering, because that’s where you’ll find the real issue at hand. My addiction was to entertainment, and my way of making that a habit had nothing to do with the addiction itself. It goes way past that, check it out: If I could somehow trick myself into believing that what I was doing was the right decision, then it wouldn’t seem like a problem. So, because one of my motivations for moving was independence, I set up that as my target. All I had to do in order to maintain my independence was to avoid asking my parents for money. That was the first layer: don’t ask them for money. If I managed to stay as far away from running out of money as I could, it lowered the possibility of asking them for help. The second layer: now that I knew what I needed to do, I also realized what I couldn’t do. Improv and MMA required money, and that was a commodity I could not afford . . . yet. This was the third layer. The key word: yet.

A little side note about addiction that you may not be aware of is that leaving room for the future is what it feeds on. If you try hard enough, you can convince yourself that you will do almost anything in the future. And by promising yourself a better future, you feel better about your shitty present.

That was my thinking exactly. “Right now, I need to save up money. So, improv and MMA will have to wait.” As long as I reassured myself that those two things would eventually be a part of my life, I no longer cared that three months had gone by and I hadn’t gotten close to starting them.

Finally, the fourth and most important layer: it is here where your addiction comes back into play. If I can’t spend money on improv or MMA, that means I probably can’t spend money on anything else, so hiding out in my room with the Internet is about as good as it gets. There is absolutely no risk in that plan, so, logically, it must be the right one!

Hopefully by now you understand how entertainment can be a crippling addiction, and also, how little you’ve probably spent thinking about why you do the things you do. That’s most people, so don’t beat yourself up too hard.

You’re probably also wondering how I cut down on my addiction. After all, that is the name of this article.

So, use the short example I just gave you to examine any addictions you might have. No, really, do it now. Come up with three or four, even if some of them are silly. Once you have them written down, go through what the possible layers might be for each individual one. That alone is half the work.

The second half isn’t about completely cutting out the source of the addiction and suffering for three days until you relapse. Trust me, I’ve tried that, and it rarely works. Addiction is all about the struggle for willpower, so what makes you think you can just turn the switch off like it was never on to begin with? Few things can be fixed in the snap of a finger, and this isn’t one of them.

Let’s go back to my example of entertainment. Once I understood what was causing my addiction, and objectively analyzed it, the next steps were easy to figure out.

Signing up for improv and MMA right away could’ve made the situation worse because the possibility of me not enjoying them did exist. Instead, I had to find a way to create new habits to get rid of the old ones. Obviously, you’re not limited to the few ones I chose for myself, but don’t forget that the entire purpose is to find healthier habits. Don’t replace watching TV with baking cakes, unless you plan on giving them away.

The starting point is always your childhood. As a child, what were some of the activities you most enjoyed doing? Playing soccer and writing were two of mine. So, slowly, I worked them into my daily routine. I started with ten to fifteen minutes every day, and automatically my body started craving them more and more. Some days I would hit the hour mark, and some days I could barely make it to ten minutes.

This doesn’t have to be a punishment; give yourself room on either end to go above your expectations, or to fail in reaching them. The important thing to keep in mind is that the more often you do the activities, the easier it will be to build them as habits. So if two days a week is all you can afford to start out with, that’s fine, but understand that it will take you longer to notice a change than if you make it four days a week, or an everyday thing.

I also didn’t just limit myself to childhood activities; if you have any current interests, explore those too! For me, this meant meditating. After four months of five to ten-minute sessions every single day, I bumped it up to thirty minutes because my mind and body were itching for it. And in those first four months, it took an entire month for me to finally remember to meditate without having to set an alarm or write it down.

So start with that. Even if you need to set an alarm or write it down somewhere, you won’t miss it. Pick a select few activities you want to explore, or rediscover, and chip away at your addiction by spending more and more time doing these instead.

And remember, the number one rule for success here is to have fun. If you set yourself up with a bunch of tedious, tiring activities, you probably need to reassess. But if you can make it so that they are something to look forward to, you’ve hit the sweet spot. Regardless, be aware that you will fail, and when you do, have fun with it and laugh at your failures. But when you accomplish your goals, celebrate them. Don’t forget, because this is just as important as the rest of the steps. 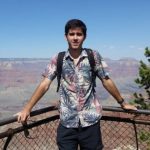