To me, figuring it all out meant being done with school, having a career as opposed to a job, and basically being done with laying down the foundation parts of my life. It also meant being in a place in my life when I could begin enjoying the fruits of my labor, and enjoy being an adult. I was looking forward to being able to invest more of my time and energy toward my personal pursuits, and spending less effort getting the things done that needed to be taken care of first.

I didn’t do myself many favors when I was younger. When I was a high school student, I wasn’t a committed student, and the few interests I did have weren’t the kind that someone usually builds into a career. I coasted, putting no urgency on myself to figure out anything. When I started college, I had no clue what I wanted to do. I had no idea what I wanted to study. I was in college because I had a very vague notion that being in college was what I was supposed to be doing at the time, but I had no personal drive or desire to be there. I knew in an abstract way that being in college was part of the process of becoming an adult, but that was all I knew. 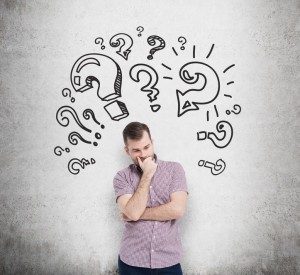 The next few years of my life were quite tumultuous professionally, academically, and personally. I had transferred schools multiple times and even got kicked out of one school. Whatever it meant to figure it out or become an adult, I had been spinning my wheels in neutral, if not moving backward. Meanwhile, most of my friends my age were doing fine. They were in college, loving what they were studying, and were on their way to establishing their careers.

When I finally finished college, I was still working a transition job, without any clear idea or direction of what I wanted to be doing with my life. I had a degree, which was good, but I didn’t know what to do with it, which was bad. So I did the one thing that seemed obvious at the time: I went back to college for grad school. While I didn’t know if this was exactly what I wanted to be doing, it seemed productive. I thought that it was a choice that would help to push me more in the right direction, as opposed to simply sitting on my laurels.

By the time I finished grad school and was in a job that had the potential to turn into a career, I had already crossed over the line of 30 years old. Meanwhile, I knew people who had achieved the same by the time they were in their mid-20s. A combination of not being satisfied with where I was in my life, and seeing other people being there, left me frustrated with how I had spent the past few years.

Instead of focusing on the hard work I had put in over the past few years, I could only focus on the fact that I wasn’t where I felt I was supposed to be, and on the mistakes I made when I was younger that had put me in such a difficult situation to begin with. By my 30th birthday, when I had checked off many of those things that I associated with becoming an adult, such as working a stable job and being done with college, I still didn’t feel settled with where I was in my life.


It took me nearly an entire year to reassess where I was in my life, and whether I had any reason to be upset. I took a look around, and realized that for every person I knew that had done all those checklist things, I knew just as many people who had some trouble on their path towards adulthood. I have friends who have changed careers multiple times, friends who are still living at home, friends who are saddled with incredible amounts of debt, and friends who are still working temporary jobs. These are all people who are my age, and haven’t had any of major setbacks that I brought upon myself in my 20s, and yet, were having issues with adulthood as well.

So seeing that there were so many of us that were delayed in our pursuit of adulthood, I started considering why this was the case, and whether we, as a society need to reconsider when it is that someone is supposed to have it all figured out. I think part of this issue comes from how we treat adolescents. I fear that too many young people are encouraged to go to college as soon as they graduate high school because that’s the thing to do which will likely get them on the fast-track to adulthood. I believe there was a time when this was true, but due to shifts in the economy, and the general availability of jobs in this country, that’s not necessarily the case anymore. I went to college when I wasn’t ready, and didn’t really know what I wanted to do, or why I was there, and while college does, in theory, provide young people the space to figure these things out, it’s also a pressure-filled environment in which one is pushed to figure out these essential life questions.

The impact from these kinds of decisions is cumulative. I finished college without really knowing what I wanted to do, and then didn’t really have the tools to do anything professionally that I thought I wanted to do. When college was over, there was an expectation that I was on the clock to get things figured out, and quickly. There have certainly been times when I’ve felt that my decision to go to grad school was rushed, and mostly guided by panic. While now that decision to go back to school has paid off, at the time I didn’t know it would. 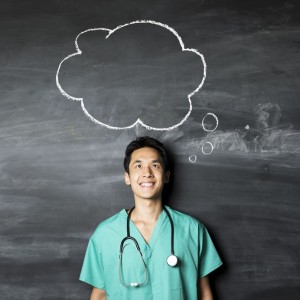 Now that I’ve gotten past that initial wave of anger, I’ve started making major decisions for myself, such as considering moving, and maybe going back to school. I learned that I needed to give myself the space to make these decisions. I was finally able to take a good look at the world and people around me and realized that life and progress are completely personal experiences. There are some people who know exactly what they want and exactly how to get it. Then there are some of us who need to take our time, and experience things we think we want in order to have a clearer idea of our path. Furthermore, there’s a strange expectation as to when we’re supposed to have these things figure out. Sure, if someone goes right from high school to college, they can be on their way to figuring things out by the time they’re in their mid-20s, but that’s assuming they hit no bumps along the way. Bumps are normal. Bumps are much more common in our lives than smooth paths that offer us no resistance.

So while I’m not exactly where I want to be in my life at this exact moment, I am on my way to getting there. And when I look around, I see that a lot of people are on this same path with me. Perhaps we need to put less pressure on young people to figure out everything when they’re young. Maybe we need to allow young people the time and space to ask more questions instead of insisting they have all the answers. And to those of you who feel like you’re still not where you want to be, don’t worry about it, you’ll figure it out eventually.