Although the age old saying “what doesn’t kill you makes you stronger” definitely holds truth to it, and has encouraged many people struggling to believe in brighter days, it does not come with fine print at the bottom that reads “although said experience may leave serious damage that interferes with your daily functioning for the rest of your life.” Unfortunately, post-traumatic stress disorder (PTSD) is the reality for many people who experience traumatic experiences in their lives, be it firsthand or as an observer. Approximately 7.8% of American adults suffer from PTSD. There are no specific demographics that are more susceptible to the condition—it afflicts people of all ages and all socioeconomic backgrounds. PTSD is most common in and associated with war veterans, but also exists in non-military civilians who are victims or witnesses of a terrifying ordeal such as rape or other heinous criminal acts, serious injury, a life-threatening car crash, fire, natural disasters such as a flood or hurricane, or anything that can thoroughly disturb that person’s feeling of safety and security. These individuals commonly experience flashbacks, nightmares, blackouts, and other memory disturbances. They are also at higher risk for alcohol and substance abuse, as well as problems in personal relationships. Most of the time it is very hard for someone suffering from PTSD to open up to another person about their traumatic experiences out of fear that the other person will not be able to understand or relate.

My ex-husband and I never had any marital problems; we got along great and had no reason to doubt one another—there was no cheating, deceit, or abuse involved. However, being ex-military, he was battling personal demons that I was not privy to; all I knew was that he did not sleep at night because he constantly had nightmares that woke him and kept him up. He did not share much about them, but I knew when he had them because he would be sullen the next day. He withdrew into himself trying to deal with everything on his own and inadvertently pushed me out. Unfortunately, medication did not help him as he was very sensitive to the side effects, and they always outweighed the benefits that he received from the medication. He tried multiple different ones, each leaving him with a new ailment. At one point he developed a stutter from a new medication that he was put on, which also made him experience seizing effects. As he kept trying to find treatment for his condition and meeting roadblocks at every step, he grew hopeless and felt defeated, which took a toll on our marriage as well. We would go days without speaking; he looked like my husband but felt like a stranger because I did not know how to communicate with him or understand him. During our two years together he attempted suicide three times, and each time I took it personally—was I really that horrible of a wife that I made him want to kill himself? With time, I realized that I had nothing to do with what he was going through inside. He loved me, but did not know how to overcome the heavy fog of depression that stood between us; it eventually broke us apart. However, I have since been researching the possible ways to overcome the effects of PTSD, and I am happy to say that there is hope for individuals afflicted with this condition who may not tolerate prescribed medication.

Elizabeth Loftus led groundbreaking research on the unreliability of memory, specifically how false memories can be implanted in individuals. Along with her research partner Jacqueline E. Pickrell, Loftus conducted an experiment in which 24 adults were asked to remember childhood events. Each subject was given a booklet with a paragraph about each of three specific events that occurred in their childhood, as told by their family. One of those events was completely fabricated by the researchers. Out of the 24 participants, 7 “remembered” the fabricated event either partially or fully. Her research cast doubt on the credibility of eyewitness testimonies, and not everyone was happy about that. However, for our purposes, this proves just how unreliable our memory really is, and how easy it is to introduce new memories. If new positive memories can be introduced to replace or alter negative ones associated with traumatic events, it is possible that individuals suffering from PTSD can finally find some much-needed relief. 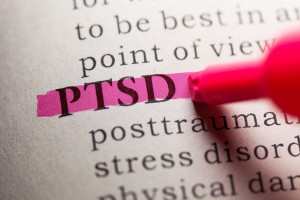 One technique that has been proven successful for PTSD patients is Eye Movement Desensitization and Reprocessing (EMDR), which was developed in the 1980s by American clinical psychologist Francine Shapiro. The technique’s main component is bilateral stimulation of the left and right hemispheres of the brain, which can be achieved by the therapist moving her hand left and right and having the patient follow it with her eyes or by auditory stimulation such as a buzzer alternating from ear to ear. A traumatic experience is not processed the way that an ordinary experience or memory is—it, therefore, haunts the individual because it remains unresolved. EMDR allows the patient to safely revisit the traumatic experience and reprocess it in such a way that it can be stored as a regular memory, with all negative associations and distressing emotions discarded. EMDR has also been used for disorders such as depression, anxiety, borderline personality, bulimia, and many others.

Our memory can be our greatest gift and our worst nightmare. When the memories remembered are good, they leave a sense of happiness and fulfillment within us. We take as many pictures as we do to preserve and relive those moments that we cherish the most. However, our brain also takes pictures of the traumatic events that we experience, and these pictures can haunt us indefinitely. There is no greater prison than that of a person’s own brain when that brain is consumed by memories and images that constantly induce panic, fear, and helplessness. If there are ways to put away or rewrite these memories in such a way that the associated terror no longer cripples the individual reliving them, then we should by all means explore those ways. 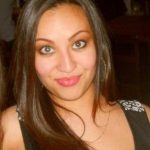