Fandom: a term used to refer to a subculture composed of fans characterized by a feeling of empathy and camaraderie with others who share a common interest.

I’ll admit that I never actually really heard of this word until I finally broke down and tried Tumblr. I was a “fan” of shows, but never really knew about the fandoms. It took me a few months on Tumblr to realize that “OTP” stood for “One true pairing.” There are fandoms for current shows, shows that have been canceled, current movies, older movies, actors, and characters.

Recently though, fandoms seem to have quickly made their mark on the world to the point where TV writers and actors have taken notice. Some shows have thrown in references to them just for fun. I remember that the day after the first episode of the third season of Sherlock on the BBC Tumblr blew up, mostly with: “Moffat actually reads Tumblr posts!!”

Why is this important? Because fandoms are in their own way a voice for the people who are actually watching. Not the ones who are getting paid to watch, but the ones who are putting aside time to invest in a show or movie. It’s instant feedback on how well something comes off to the public. A character gets killed off, what’s the level of outrage? Two characters get married? How well did the people take it? While the writers have the right to technically make almost anything happen in the show, it also depends on the audience that they’re writing for.

Take, for example, Avatar: the Last Airbender. This show came out in 2005 when I was twelve. Coincidentally, the main character was twelve as well. The show was popular and was loved by the age group it was aimed at. The show had gotten great reviews all around. Were all the episodes loved? Not really. People have made lists of the top Avatar episodes and the worst. This was a show that ran for three years, so there were bound to be a filler episode or two that not everyone thought was necessary, since they didn’t further the plot or character development. The show eventually did end. It was a fitting conclusion, but the fans asked for more. This was heard by the writers of the show, and the creators settled on making a comic about what happened to the characters afterward, all within the same age group of course. They did give us something else to look forward to: Avatar: The Legend of Korra.

This show came out in 2012, and focused on a different character in a similar, but more modern setting. Also, the age group was slightly different. While the original series had characters whose ages ranged from twelve to sixteen, this series was targeted to young adults from seventeen to their mid-twenties. The writers took more of a risk tackling some of the bigger issues, showing that the feedback from the fans was heard.

Firefly is an example of a TV show that wasn’t so lucky. The feedback wasn’t as instant as a Tumblr post or a tweet, considering neither of these really existed when Firefly was on the air. Firefly was a Fox show that was described by Emily Nussbaum of The New York Times as “an oddball genre mix that might have doomed it from the beginning: it was a character-rich sci-fi western comedy-drama with existential underpinnings.” The show was odd, but had its own charm to it. It has a cult following to this day. There were some problems with the production. Episodes ran out of order chronologically, and the show was promoted as an action comedy.

It makes me wonder what would have happened if Tumblr and Twitter had been around at that time. There are more shows that are being given a second chance due to their popularity. I’m not going to sit here and say that all fandoms are just friendly people with a love for a similar subject. They can be scary, and a little overbearing as far as devotion. Full-on debates occur about who’s a better a couple, and people attack each other sometimes for not having the same opinions.

But I don’t want to focus on the bad side of fandoms. The good side is that they promote camaraderie, show support, and provide the producers with feedback. They give a lot of fans the chance to be supportive of actors and musicians in such a positive way. Just knowing that you have the support of a few thousand people can be very encouraging and can help with dealing with the disillusionment of being a celebrity.

Fandoms today are more than just a “fanboy” or “fangirl” sitting at their computer judging every artist, musician, and actor. They have become the voice of what people actually want to see and experience when it comes to entertainment. 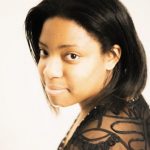 Tiana is an aspiring writer born and raised in Alaska. Her interests include theater, art, writing, books/comic books, music (she plays the violin), and anything remotely geeky—Doctor Who, Sherlock, anime . . . the works). Known for rants and love of random knowledge, she’s been writing since she was 13 and is now working toward a degree in social work while writing fantasy on the side. Greatest loves: sushi, her partner, and good books. Weaknesses: shellfish, reading textbooks, and reptiles.

Tiana is an aspiring writer born and raised in Alaska. Her interests include theater, art, writing, books/comic books, music (she plays the violin), and anything remotely geeky—Doctor Who, Sherlock, anime . . . the works). Known for rants and love of random knowledge, she’s been writing since she was 13 and is now working toward a degree in social work while writing fantasy on the side. Greatest loves: sushi, her partner, and good books. Weaknesses: shellfish, reading textbooks, and reptiles.