Home›LIFEHACKS›DISCONNECTED AND ALONE: HOW TO SURVIVE A BLIZZARD

I got it in my head that the first snowstorm of the year would be an opportune time to return my overdue library book. Emma had been sitting loyally by my bedside, outline etched in dust, patiently racking up fines (I'm ashamed to admit it didn't quite do it for me and I'd given up half-way through). I'd cleaned my apartment, organized my cutlery, watered and re-watered my depressed plants, and had done anything else within reach to procrastinate from finishing an assignment.

Perhaps, however, I really just wanted any reason to explore the oblivion outside my window. Living alone has its perks, but when voices and laughter echo from the streets below, the fear of missing out flutters in my chest; I imagine slow motion scenes of my friends, crammed on top of one another in the corner of a dimly lit bar, arms around each other and laughing about something I didn't quite catch, clinking glasses and splashing beer in celebration of the amazing time they're all having without me. Being an extroverted introvert, I thrive off of alone time but jump at the chance to be submerged in company, and at times like this, I'd risk frostbite just to be out in the presence of others.

I lack something else besides roommates: Internet. The look of astonishment on people's faces when I tell them I don't have Internet in my apartment is getting a bit old—it's a look of complete confusion and disbelief.

“I mean really though, what do you do when you go home?” It's the same question every time.

To clarify, I do have a smartphone—like most of my peers, I can check my email, troll Facebook, and waste too many valuable moments on Instagram. But I've found other ways to use my precious time that doesn’t involve screens (oh, I don't have a TV either). I'm in the process of painting a very disproportionate scene on my kitchen wall of an oversized bee perched on a bouquet of sunflowers, giant lemons, and barley. There's also what looks like a watering can that may also be a snail that's got what could be vines creeping all over it. I'm no Georgia O'Keeffe, but wall paints were on sale so I'm taking a chance on my creative side.

I listen to the radio for hours. The real radio, on my real stereo. I bliss out to talk shows because I haven't bothered to download any podcasts, and because I like the regular familiarity of the hosts' voices in my kitchen. I'm a diehard NPR fan, but sometimes I'll switch over and catch a basketball game, which, by the way, is an incredible exercise in listening. Really listening. In taking a seat in the audience of your imagination and watching Carmelo charge down the right lane, quick fake, around the back to Calderon, elbowing through the paint, good hustle, pass to Lopez in the field and it's gooood! 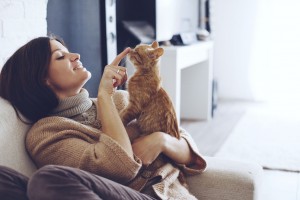 I read. I write. I pretend to cook. I clean, make a mess, and clean again, nursing my inner Virgo's lust for order and cleanliness. And when I've exhausted all the options indoors, I take to the streets. A brief stint at an office job this past summer instilled in me a great love of long walks; I'd take various routes on the sixty-five block trek from office to home, zigzagging between avenues, feeling the changes in the neighborhoods street by street.

I think this is an activity sadly lost on my generation. When I suggest to a friend the idea of getting a cup of tea (or booze-enhanced tea depending on the mood, perhaps chai and sweet whiskey!) and just aimlessly strolling, the reaction is usually one of pleasant surprise. “What a great idea!” Walking with no goal in mind, no end point, breathing in the air of new neighborhoods, and just talking—it's therapy, really.

I'm actually partial to the West Side, sorry Lou. In particular, the West Village and Greenwich Village. My complete lack of directional skills coupled with the intricacies of the dead-end, twisted, one-way streets means I discover a fantastic new nook almost every time I go for a walk. Having recently read Henry James' Washington Square, I'm delighted by the buildings in this part of town that have retained their old-world flair, and when the streets grow dark during my evening strolls, I can hear the echo of horse drawn carriages on the cobblestone of Barrow Street.

The carriages have been replaced by snowplows today. Tucked, tied, wrapped, and bundled, I heave myself, head first, into the blizzard and head in the direction of the library, only slightly hoping to find it open for business. In the off chance that I'd come across an open cafe, I'd also stuck my computer in my backpack; the abundance of cafes offering Wi-Fi makes up for my lack of Internet at home, and offers a social setting for working where caffeine and the hum of conversations get me in the Zone.

I have a tendency to call the media's bluff when it comes to weather predictions, but today they're spot on. It's before noon and a solid six inches have already accumulated, and with no signs of slowing down anytime soon, I think they might be right this time around in their prediction of a solid two feet of snow. Despite the city's warnings for people to stay inside, I'm not alone as I make my way through the streets; couples huddle through the snow banks together, arm in arm and laughing as they lose their balance, and groups of kids roam in the middle of the avenue, pausing mid-pitch to snap a photo before flinging snowballs. The library is a stone's throw from my apartment, but I cut this way and that through the streets, marveling in the transformations of the neighborhood I know so well: benches sit heavy with snow, familiar stoops are buried, and playgrounds are empty and listless as kids streak across the parks on sleds, exploding through snow drifts and shrieking in delight.

I peek through cafe windows as I forge on, knowing they'll be closed but staying hopeful. The library's just ahead, and once I return my book, I'll have to face the fact of going back to my empty apartment. Of course there's the chance that the library will be closed too—who am I kidding, of course it's closed!—but I'll at least be able to drop the book in the return slot outside, mission accomplished. My winter boots aren't quite cutting it, stylish as they are, and although I've only been out a short while, the tips of my toes are beginning to nag me to turn back.

Reminiscent of a castle, once a church, and now a clock tower stuffed with books, the library looms ahead with its spires swirling in snow. A small garden sits adjacent and adds to the medieval feeling with a spiked, wrought-iron fence keeping its frozen roses protected; the unseasonably and unsettlingly warm temperatures as of late had maintained some of summer's floral remains until now, when sudden arctic chills froze petals in place. The fence joins the library and guards the door with an imposing gate, heavy and definite, and—locked.

To be expected. I feel an odd satisfaction in this outcome: it's so blunt, so final. Pure rejection. I can't rattle the handles and peer through the glass doors behind it, hoping there's someone inside who will take pity on my foolish voyage to return an unread book. What's more, there's no return slot! What library doesn't have a little mouth by the door for the after-hours chumps like me? Even if there was one though, the gate would've kept it just out of arm's reach. 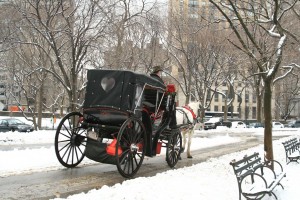 And so Emma comes home with me, safe and dry in my bag, to resume her post on my cluttered bedside table. Walking south down the Avenue of the Americas, I watch a herd of plow trucks plod towards me, grazing in unison on the fresh snow and leaving a swath of cleared pavement in their wake. Ridges of snow are piled high at the intersections, and I pause several times to help brave but delicate old women up and over. One woman is headed to church. I wish her the best of luck and marvel at her commitment as I go my separate way.

A neighbor a few buildings down from my apartment is shoveling the sidewalk while her ecstatic pup is tethered to a tree next to her, bounding about like a gazelle in a three-foot radius. “Isn't this awesome??” It yips as I attempt to pass. I give in to slobbery affection and my neighbor and I share small talk, mostly just laughing because who are we kidding, we can't hear each other and this dog is insane and this snow is ridiculous and did we get everything we needed from the stores? We part ways, and I wonder if I should have offered to help shovel. Do city people do that? I'm new at this.

Three floors up and I'm extracting myself from stiff layers with a surgeon's precision, neatly placing my shoes and mittens and hat next to one another by the door and tiptoeing around land mines of snow. I click the radio on for some background noise, but quickly change my mind. I prefer the silence as I drape myself across my bed and give Emma another chance.

I'm not missing out on anything. 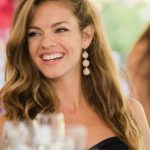 Rachel is a fan of all things wild, weird, and wonderful. Her love of animals and the environment, fueled by an insatiable appetite for exploring, has taken her from researching the adorable Ningbing in the Australian outback, to living aboard a sailboat stalking elusive cetaceans, to building large-scale puppets and performing in remote regions. She studied Wildlife Conservation Biology at the University of Massachusetts Amherst, where she received a scholarship for her writing from the New England Outdoor Writers Association in 2011. While her apartment in New York City remains minimally furnished, she has a fully stocked supply of glitter, fluorescent leggings, matcha tea, and a flourishing terrarium.

Rachel is a fan of all things wild, weird, and wonderful. Her love of animals and the environment, fueled by an insatiable appetite for exploring, has taken her from researching the adorable Ningbing in the Australian outback, to living aboard a sailboat stalking elusive cetaceans, to building large-scale puppets and performing in remote regions. She studied Wildlife Conservation Biology at the University of Massachusetts Amherst, where she received a scholarship for her writing from the New England Outdoor Writers Association in 2011. While her apartment in New York City remains minimally furnished, she has a fully stocked supply of glitter, fluorescent leggings, matcha tea, and a flourishing terrarium.