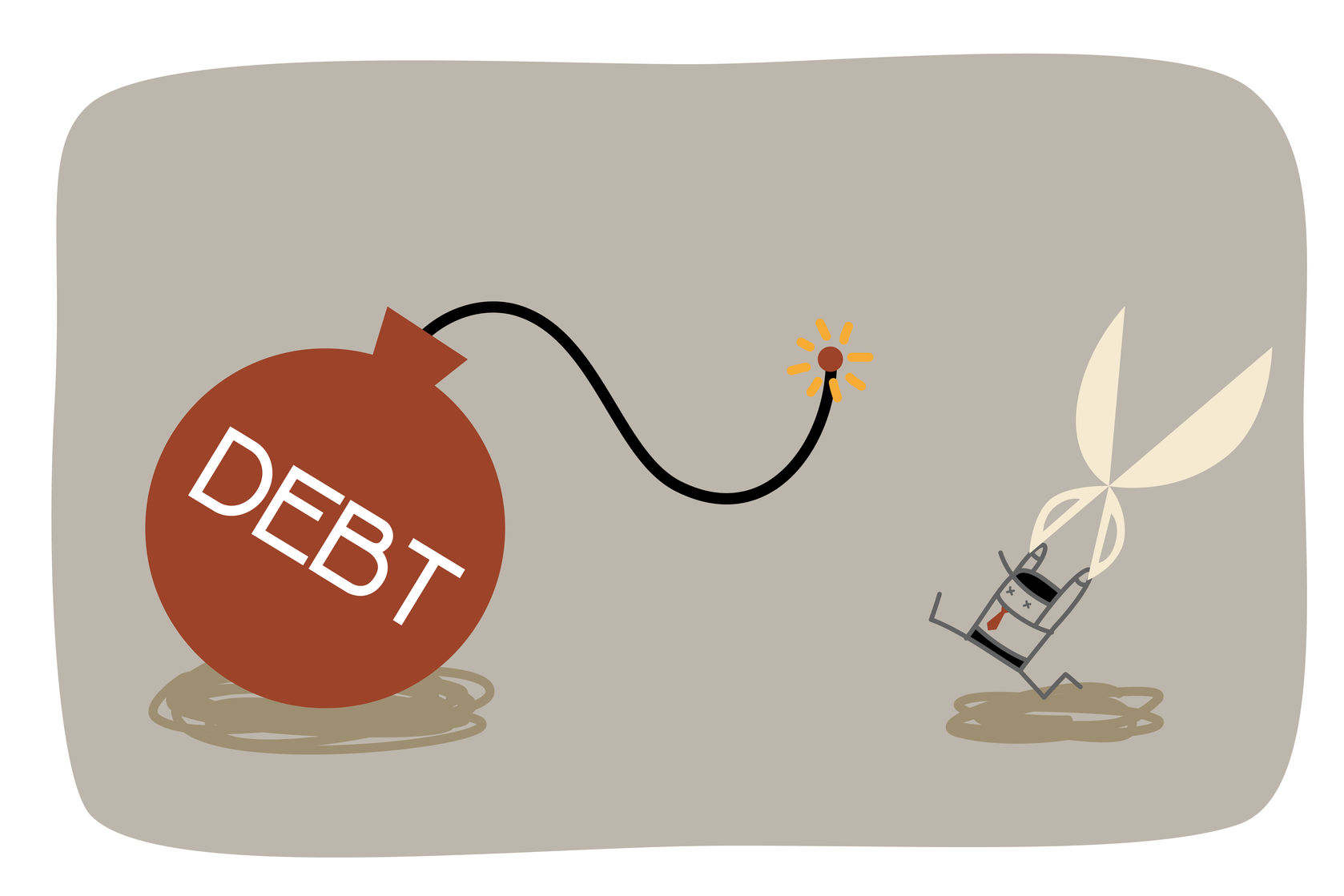 Credit card bills, student loan bills, doctor bills. I swear, I have so many different kinds of bills that I could produce the most sullen and sad (yet adult) Disney musical montage scene ever. See my debt, see my debt, won’t you like to seeeeeee my deeeeeeebbbbbbbtttt!!!  I’m actually convinced that when I’m gone the bills will perform such a routine. Or, at the very least, the people who are getting paid from them will.

For a long time, I did the best I could to ignore the different debts I was responsible for paying off. I hoped if I buried them under enough pairs of socks and underwear they’d eventually fade away, and my debt right with them. But not only were my bills not disappearing, I’m pretty sure that they were breeding. Little nasty pieces of paper going at it and producing more little pieces of paper with nice, round, large numbers on them that contributed to a collective debt I just couldn’t—and still can’t—comprehend.

This trend continued until sometime this year. Beginning to pay off my debt became a major goal of mine. I guess we can call it a New Year’s resolution. I didn’t have any notion that I’d pay off all my debt this year, but it felt as though I were starting to transition from young adult to mostly adult, and paying off one’s debt is something that comes with the territory. Again, I had no illusion of paying off more than a tiny fraction this year, but claiming more fiscal responsibility for my actions became very important to me.

Initially, I was filled with this heady satisfaction with myself. That pile in my underwear drawer was slowly but surely getting smaller, as was the total amount of money I owed to various people. I was doing more adult things, I was making more adult decisions. I was, by the definition of my actions, being more of an adult. That was all fine and good until I realized one thing.

Being an adult can be vastly overrated. 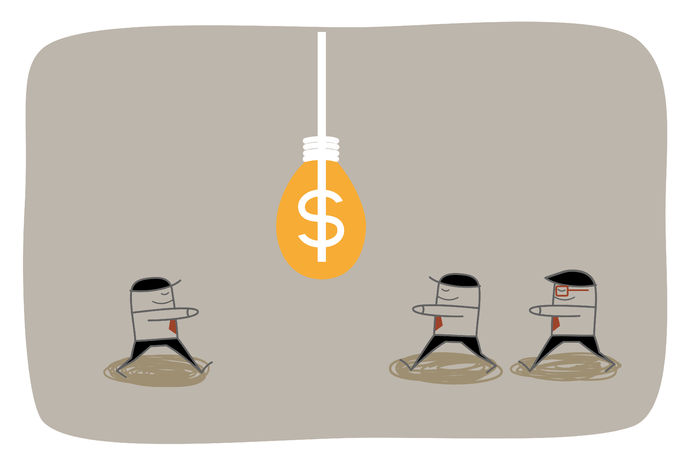 While friends of mine had more expendable income to go out on the weekends, buy random luxury items for themselves, go on vacation, etc., my money was disappearing through the black hole that spawned in my underwear drawer and had spread into my wallet.

Needless to say, my payments felt more like a task. The more they felt like a task, the less I paid them. The less I paid them, the more those bills were having unprotected swingers parties in my underwear drawer and the rate of their multiplication meant they had to have been humping like bunnies. Sure, I had more money available to go out more often, but I’d get a few beers deep and start moaning about how wrecked my life was from all the debt I accumulated. I made no random purchases; I had no idea if or when I’d go on vacation again. The only partner I’d ever know would be my debt.

Then one day it happened. The perfect storm of bills unleashed its fury upon my head. It was payday, and I was happy like everyone is on payday. My check went through, and I was flush and ready for a weekend of fun. Then the bills came. A credit card bill, a student loan bill, a phone bill, and an amazing collection of hospital bills—they descended on my paycheck like something you’d see in a cartoon—a cloud of action as animals attack a pile of food and then there’s nothing left but an empty plate and scraps.

It wasn’t just that that paycheck was gone, but more the feeling that every paycheck would be devoured in similar fashion for seemingly the rest of my life. Reconsidering plans for the weekend and my life in general, I quietly said something to myself:

It’s OK. You’re investing in yourself. Now that those bills are paid, you won’t have to pay them again.

Without much of a thought, I felt relieved and knew that everything was going to be fine.

Now, before we go any further, I want to make one thing abundantly clear. I am no financial advisor. What you’ll read from here on in is nothing that has any professional thought behind it. It’s simply how I took that phrase and used it (and am still using it!) in order to create an approach to my debt that has made it feel significantly less onerous, and on some level, downright pleasurable to pay off.

The first thing I did my best to make myself aware of was that of the bills being paid, some were one-offs. Sure, paying $260 to the hospital for a lot of tests on my gimpy right knee is frustrating for a plethora of reasons, but I reminded myself that that bill was not coming back. I could look at that $260 payment as a one-time payment in myself, and be relieved by the fact that for the following paycheck—and every one thereafter—that $260 had been “freed up” because I no longer need to pay it. Yes, it’s easier to keep this mindset when talking about short-term debts over long-term debts, but if there’s an idea that paying off the debt is working toward something, I believe it makes the task easier.

Along the way, some predictable things happened. I started going out less; I avoided more small purchases than I did in the past; I cooked more and tried to be more conscious of where my dollars were going. At the same time, the larger purchases like the vacation plans, the tattoos, the concert tickets—the things that I wanted, but which seemed to only exist in theory because I couldn’t afford them—became a higher priority. When I was budgeting out of my “pocket money” in order to pay off my debt, I was budgeting for those things as well. It felt good. It meant that every time I paid off a bill, I was trimming away some of my debt, and also getting closer to some major treats that previously felt like I would never get to them. 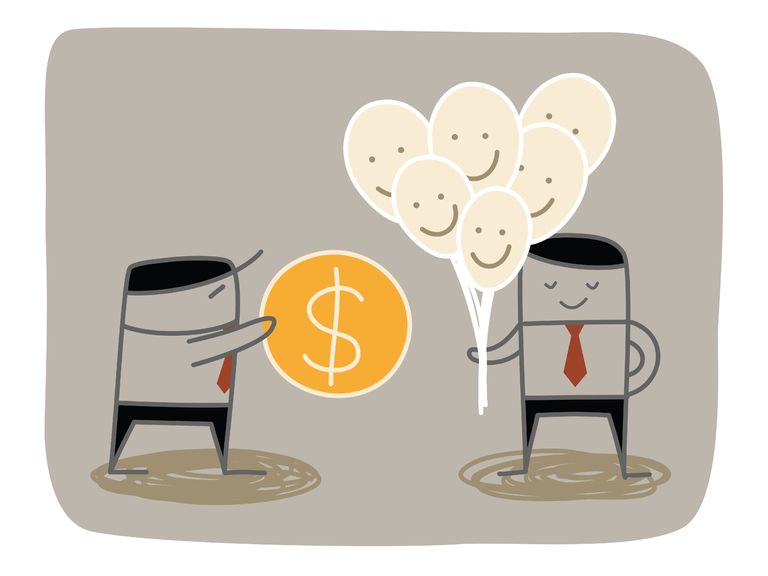 Now, this all might seem very self-serving Zen, and maybe it is. I know plenty of people who prefer to live in the moment, and if there ever comes a consequence from defaulting on their debt, they will pick up those pieces when they get there. And I fully salute those people. It’s a decision I can’t bring myself to make—though I do fantasize about it from time to time—and I imagine I won’t in the future. The truth is, debt sucks. Anyone who says otherwise is selling you something, probably a ploy to get you out from under your debt.

But as we shed our adolescence, we have to accept the responsibilities along with the rewards. Yes, paying off your debt is one of the most boring, least rewarding responsibilities that comes with the task of being an adult. But it also gives you an opportunity to take some perspective on how you’re living your life and dealing with your priorities. I told myself there were things I couldn’t do, or wouldn’t do because I couldn’t afford them, when the slightly more accurate truth was that I was making decisions that made those things unattainable. The more I chose to focus on paying back my debt, the more I felt at liberty to make these grand ideas possible and turn them into realities. Nowadays, my underwear drawer is filled only with underwear, and there’s no shame in that.