Lately, I have noticed people are surprised to hear that I frequently go on dates with people I’ve met on dating apps. SO many people are scared of the seemingly daunting process involved with dating online, and the truth is, it’s not that scary. Maybe if you agree to meet someone in a dark alley it could be scary, but then you are just dumb for agreeing to meet a stranger in a dark alley. I mean, think about it, what’s so different about it? Compared to meeting someone organically there are quite a few similarities and the upside is that you have the availability of a significantly larger amount of potential dates.

I’ve heard a lot of people complaining about the shallow aspect of dating apps being that you pick solely based on looks (swipe right). However, if you were in a public setting, how likely is it that you would approach someone or consider flirting with someone that you weren’t attracted to in the first place (swipe left)? Dating apps allow the process not only to be a little bit quicker but definitely easier.

Now, I’m not fully saying I disagree with the negative aspects of dating apps because they could potentially be unsafe and yes, they are pretty shallow. A lot of people are just on them to get laid or be douchey, but I also believe that there is a lot of good that can come from them. As long as you are smart about where you are meeting these people it isn’t as scary as it seems. When you are getting to know someone, whether you met them on Tinder or in class, I would recommend meeting them in public places in the beginning. If you want to talk about scary, you really never truly know people, so it doesn’t necessarily matter where you met them. Just be careful and use good judgment and everything should go smoother than you’d think.

Some good things that can come from dating apps: 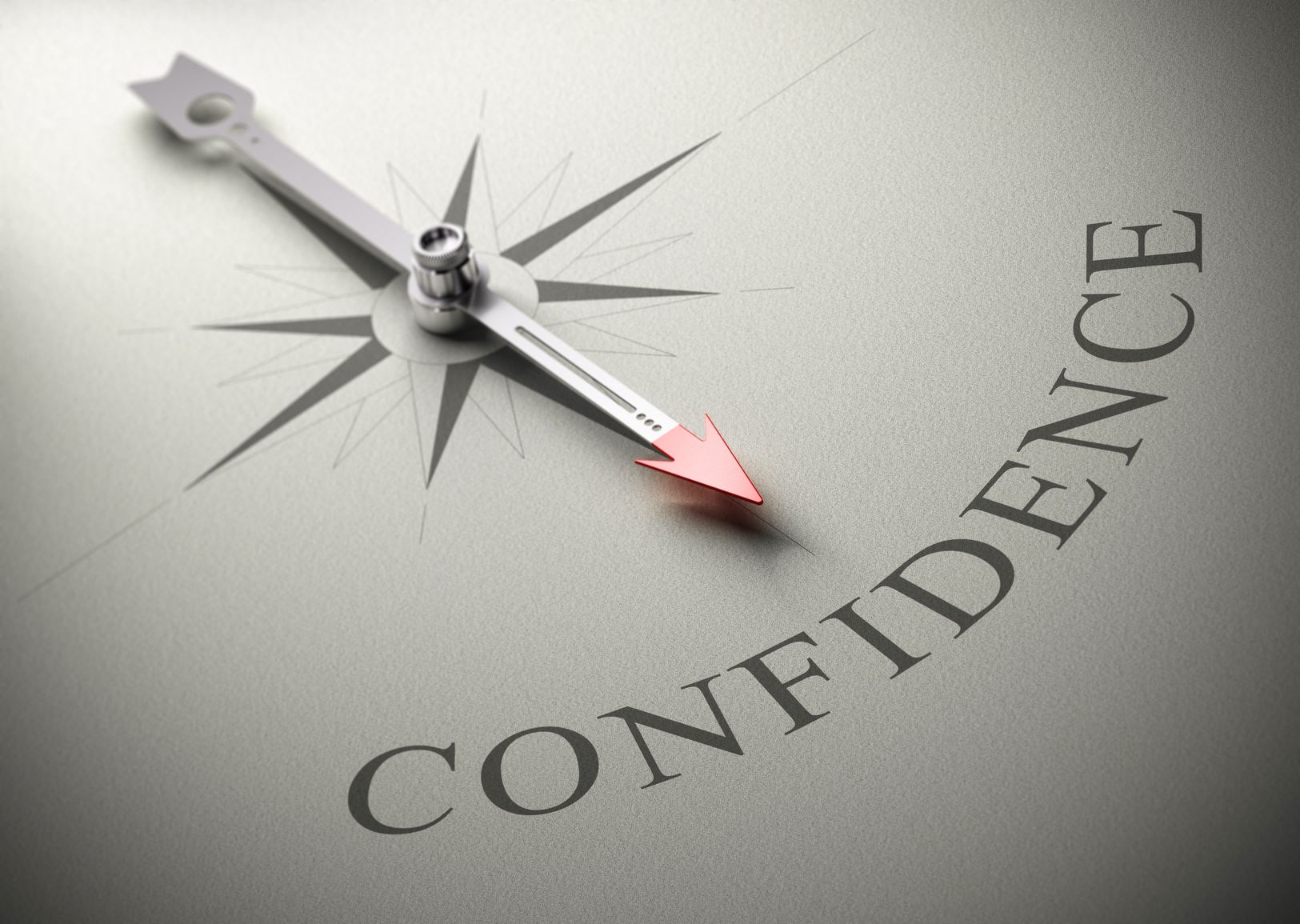 Getting “matches” on dating apps means that someone said yes to being interested in you. That alone can boost self-confidence whether you’re someone who already was confident to begin with, or someone who is extremely shy and wouldn’t usually flirt with anyone. I never really dated anyone in my teenage years or even college, to be honest. As soon as dating apps came around and I started “matching” with people and realizing that there were people interested in me out there it really changed everything about my mindset on being datable, and it enabled me to dive head first into the dating world that I never really knew. 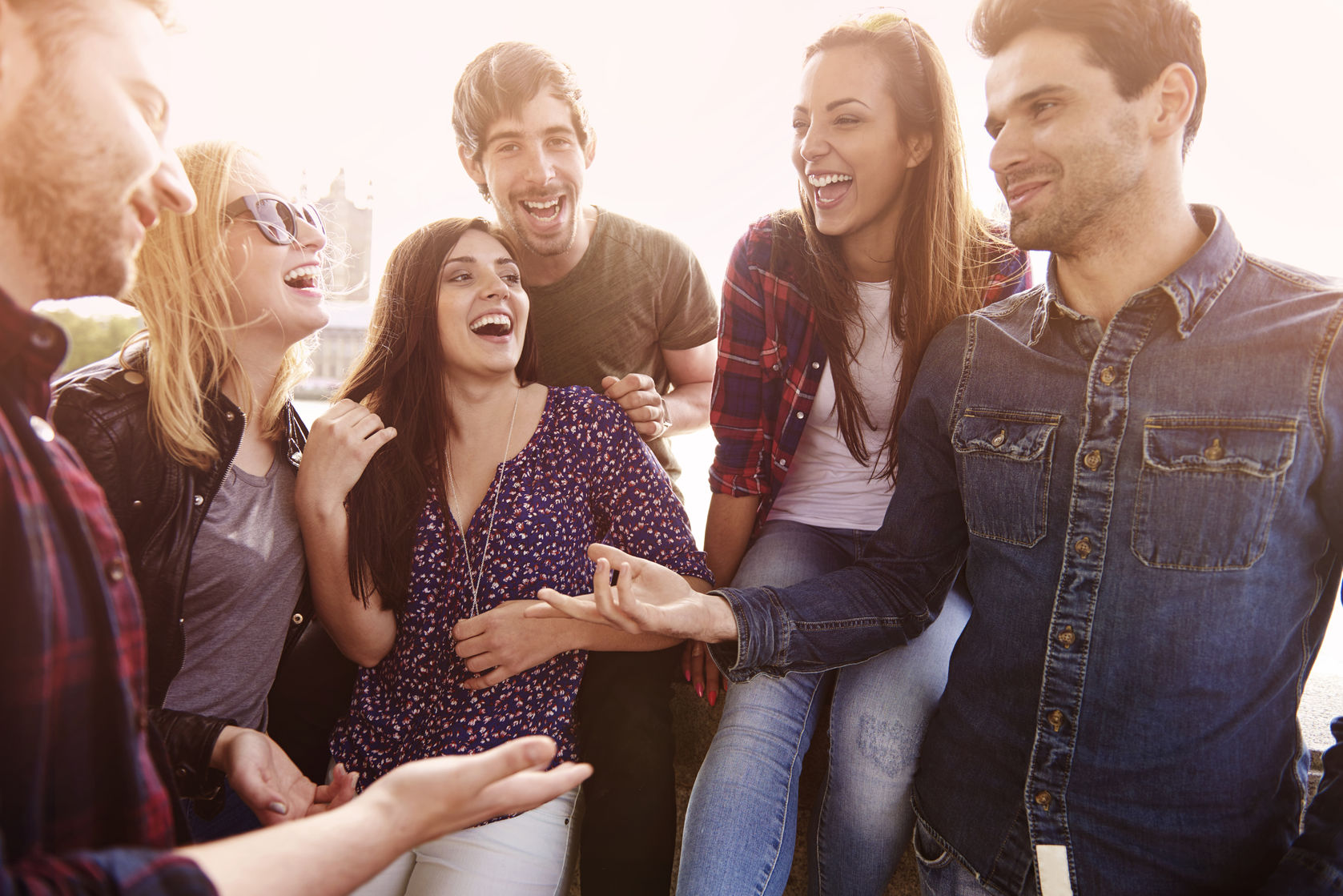 Almost endless options of people to choose from. It’s odd to think about, but dating apps really give us huge amount of options. It’s great though because it makes it easier for certain people to find certain things. For example, some people are into polyamorous relationships, and dating apps make it easier for them to find other people looking for the same type of things. Overall, it’s helpful to everyone because it opens doors to meeting hundreds of people in your city who are single that you may not have met on your typical daily paths.

Having the capability of meeting so many people can really teach you a lot about yourself and what you want in a partner. The variety opens the opportunity for you to experience dating in so many different versions. Maybe certain dates will have personalities and attributes that you never thought you would be attracted to. Or on the other side, you might learn about what you don’t want. I’ve definitely had some Tinder horror stories . . . so watch out but mainly take notes and learn from it. 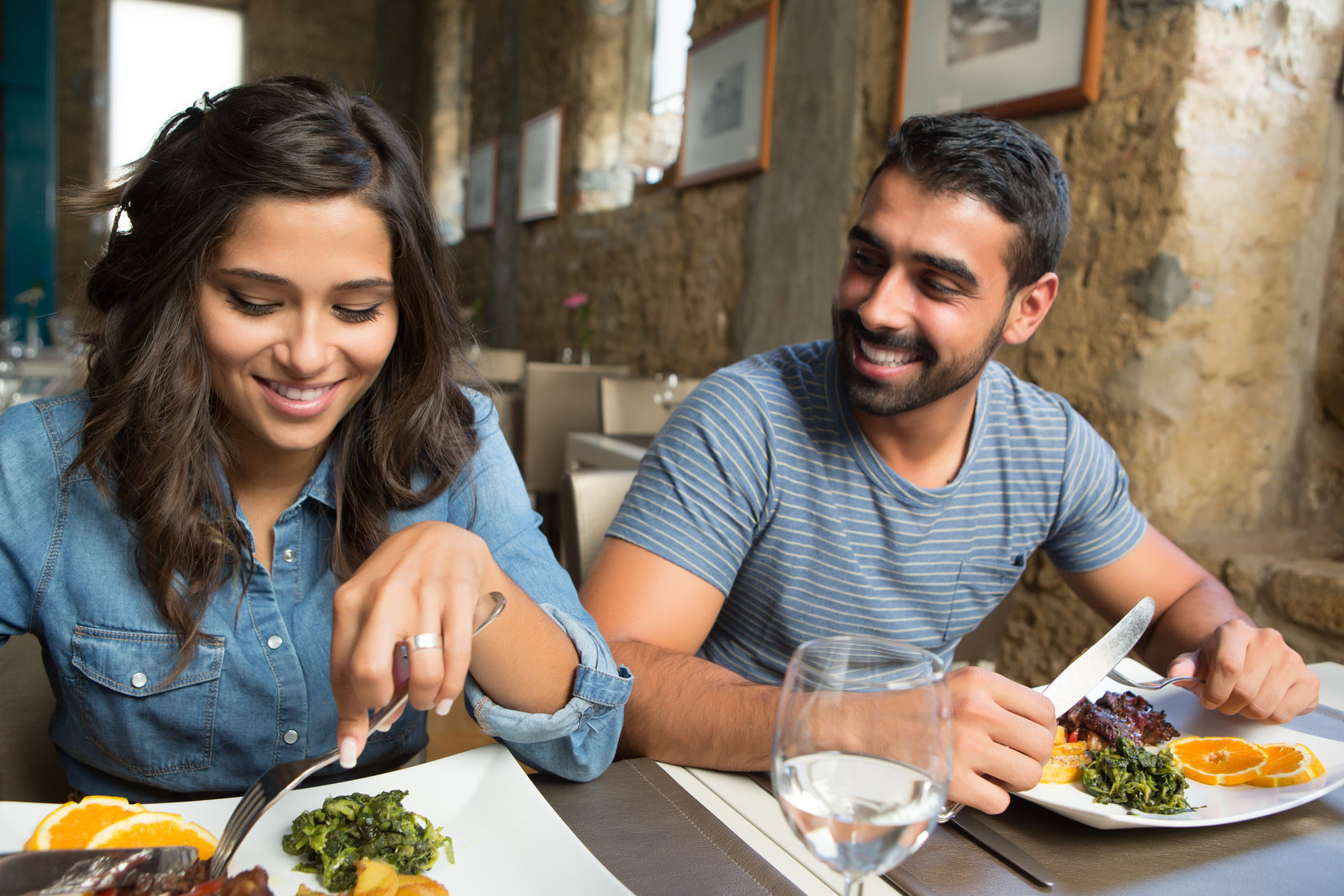 Meeting new people is fun and exciting! The same old things become mundane regardless of what they are, and I find this is especially true with people. Meeting new people can be refreshing and exhilarating especially when potential feelings are involved. It’s a more raw and vulnerable interaction. And COME ON put aside the negative ideas associated with the fact that you met these people on a dating app aside and just live a little! You are probably going on super fun and cool dates that you may have never experienced without a little swipe right action. Even if you don’t fall in love with the person, you’re enjoying human interaction and maybe some delicious foods and cocktails instead of binge watching full seasons on Netflix. 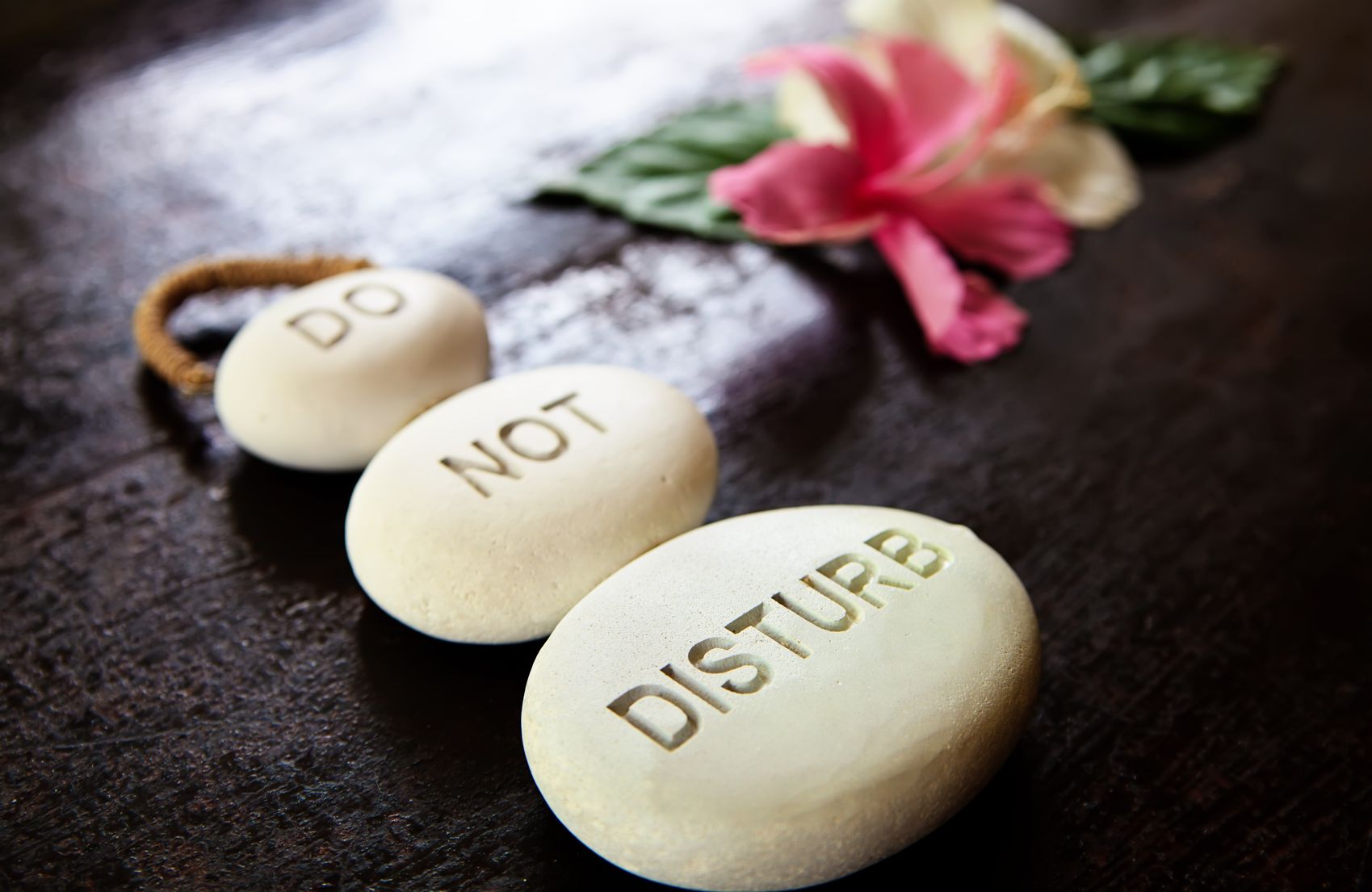 We live in a sex-negative world and what everyone needs to do is stop avoiding the fact that everyone enjoys sex. It’s okay to enjoy sex as much as you truly enjoy it, so don’t listen to what everyone else says. If you feel like sleeping around then do it—dating apps can make your sex life as wild as you want it or as tame as you want it. Don’t ever feel ashamed just be you and do you! Or do a bunch of strangers you met on OKCupid because that’s OK! (P.S. be safe about it!)

It somewhat bothers me that there is such a negative connotation around dating apps because they really aren’t as harmful as most people think they are. Sure, there are horror stories and yes, you will probably have 50 terrible first dates. But you never know when you are going to swipe right into the adventure of a lifetime. You would think that Tinder paid me to write this article or something, but I’m really just writing based off experience. Everyone is going to have their own experiences within the apps, and I’m sure there are tons of people who could write this article and completely annihilate Tinder or Bumble and how they ruined their lives. But you have to realize that setting yourself up with a lot of dates does not mean they are all going to remind you of scenes from The Notebook. It’s a game of numbers, so remember that for every twenty bad dates there are most likely five amazing dates just waiting for you to sack up and swipe right. 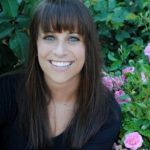 Sarah was born and raised in Southern California. As soon as she moved to Northern California for college, she realized that she had caught the travel bug. From there, she moved to Arizona, back to a different NorCal city, and now resides in Austin, Texas! Sarah thrives on new experiences and surroundings. She loves to learn about people and everything this world has to offer. She is very fond of the outdoors, being active, and anything music-related. She absolutely loves to make people smile . . . if you crack the slightest smile while reading something of hers, then her mission is complete!

Sarah was born and raised in Southern California. As soon as she moved to Northern California for college, she realized that she had caught the travel bug. From there, she moved to Arizona, back to a different NorCal city, and now resides in Austin, Texas! Sarah thrives on new experiences and surroundings. She loves to learn about people and everything this world has to offer. She is very fond of the outdoors, being active, and anything music-related. She absolutely loves to make people smile . . . if you crack the slightest smile while reading something of hers, then her mission is complete!