When the Internet became popular and people were given access to the World Wide Web at large, the nature of crime changed in that crimes could now be committed digitally. Digital music theft, or illegal music downloading, was a common occurrence that many still partake in today. The lack of difficulty and proper regulation has made it easy for music listeners to get ahold of music. And yet, most would agree that digital theft is still theft.

Enter streaming—a safe and legal way to enjoy music for free on the Internet, with most services requiring the listener to endure only a few ads per hour. Spotify is one of these streaming services that also offers subscription options for those who prefer ad-free listening. Here’s how it works: millions of songs and selections are available for streaming, Spotify pays the rights holders (labels, publishers, independent artists) 70% of their revenue from listeners, and record companies then compensate their artists. According to their website, Spotify has paid out over $3 billion in royalties to date.

However, there are opponents of the idea of streaming that argue that artists do not make enough money from streaming, and the lack of payment is enough for many to ditch the service altogether. In an interview with the Argentinian publication Pagina/12 in 2013, popular alternative artist, Beck, shared his thoughts: “If I tried to make my albums with what Spotify pays me, I wouldn’t make them.  I couldn’t hire other musicians or someone to master it; I’d have to do everything myself.” Other artists agree, including global superstar, Taylor Swift.

Swift has now taken these ideals a step further, with her op-ed piece in The Wall Street Journal and subsequent decision to remove all of her music from Spotify in 2014. With such a large name and such a large voice, it is no wonder the discussion has intensified in the last two years, with many artists following suit. Swift is passionate. She has begun a crusade that has the music industry focused on a range of debates examining the effects of streaming and the idea that artists’ work is being undervalued by services that don’t offer enough money to artists for their songs. In her article, she said, “Music is art, and art is important and rare. Important, rare things are valuable. Valuable things should be paid for. It's my opinion that music should not be free."

There is another side to this, though. A side that values listeners and the music itself, even if the music is offered for free to the consumer—and this is the side contested by the multi-million dollar artists who honestly aren’t being affected either way.

Swift says that she is not fighting for herself in this scenario; she says she is fighting for future artists who will not have the opportunity to be successful if the music industry continues in this direction.  But it seems that if an artist’s music doesn’t get out there because of a reluctance to offer the opportunity to hear it, then the simple fact remains that it doesn’t get listened to, period. By not offering music on streaming services like Spotify, Swift, as well as lesser-known artists that actually need more exposure, may lose the opportunity for people to even hear them for the first time. There are many music listeners who use Spotify to find new bands or musicians, and therefore, become fans that end up buying albums and concert tickets. 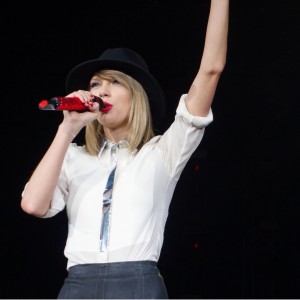 Even bands who agree that streaming services as they are now do not point to a positive future for the music industry in general, still acknowledge the fact that they are essential for some. In 2011, drummer for The Black Keys, Patrick Carney, said, “For unknown bands and smaller bands, it’s a really good thing to get yourself out there. But for a band that makes a living selling music, streaming royalties are not at a point yet to be feasible for us.” If this is true, then why would Swift use lesser-known artists as the proponent in her argument at all? The bottom line is that the outcome of exposure in this case seems much greater than the fact that bigger name artists are “only” making half a million dollars from these services.

Streaming is not the same as stealing. Streaming services are legal, and listeners are switching to these services because they do value music and because they want to be able to afford to listen to the music they love without having to empty bank accounts. People who don’t have the funds to buy music that they absolutely love are being undervalued too. This hopeful world of “everyone paying for music and nothing free being offered” that Swift has created fails to take into account that we are not all billionaires that can afford to buy every single one of our favorite songs.

Because, music fans are just that, fans. They currently happen to be listening to music via streaming services, but there is nothing about streaming music that says they are undervaluing the music—they are there for the music! Their appreciation leads to word of mouth, and more fans, and eventual sales in concerts. In fact, most artists, especially high-profile ones, now make the majority of their money on concert sales, anyway.

Based on the way the payment is structured for artists on streaming services, this discussion is also a bit misguided. Artists are slamming music listeners for using services such as Spotify when it seems that this opposition is more of a topic to be discussed between artists and their labels, because labels really do come away with 70% of the streaming profits, at least from Spotify. For online places like YouTube, artists’ legal teams spend their valuable time shutting down every possibility for users to listen to any of their songs, apart from official music videos. There comes a moment when they might need to ask themselves: Is it really worth it to be fighting for a cause that shuns listeners instead of embracing the way they have chosen to enjoy music? If music is an art, and art should be valued, then why are forms of art like paintings and poetry available to view online, with no backlash?
In the midst of these debates, there are also artists who approach the shift in how music is sold much differently than Taylor Swift and her crusaders. For example, Radiohead tried an alternative method of selling an album. For their 2007 album In Rainbows, the band offered the record on a pay-what-you-want sales model, in which the album could be digitally downloaded, and consumers could pay whatever price they wanted for it. For a large and popular band like this to make such a gesture was so unique compared to other artists that continued to raise prices even higher. In turn, it made fans feel heard and appreciated, and no doubt there were fans paying double or triple the typical price of an album.

The digital trends in music consumption are on what seems to be an ever-changing stride. Between fighting for adequate compensation for artists and the general outcomes of an industry that has shifted from actual album sales to alternative ways of making money, the discussion is far from over, and there are good points all around. On either side, there are definitely things to think about as an unknown artist pops up on our next playlist. What does the music industry offer this artist, and how will the future of music consumption play out? 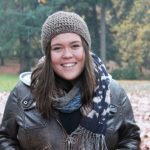